Accessing the Kingdom of God

A great Indian yogi, Paramahamsa Yogananda, in his commentary on the New Testament, said, “In his little human body called Jesus was born the vast Christ Consciousness, the omniscient intelligence of God, omnipresent in every part and particle of creation.” He further said, “Contact with this Consciousness, experienced in the ever-new joy of meditation, will be the real second coming of Christ—and it will take place right in the devotee’s own consciousness.”

For many reasons, meditation seems to have largely found its way out of religious context, but the reality is that meditation has been central not only to Eastern religions but to the Christian faith since it began. The Bible is full of encouragement to meditate on God, allowing space for God to fill daily life.

Genesis 24:63, New International Version: “He went out to the field one evening to meditate and, as he looked up, he saw camels approaching.”

Psalm 19:14, New International Version: “May these words of my mouth and this meditation of my heart be pleasing in your sight, Lord, my Rock and my Redeemer.”

We see the apostles using the Greek word for “meditate” in their letters. Meditation is not the only commonality among various religious traditions. There is a great unity among the Bhagavad Gita, the Bible, and most other scriptures of diverse religions, a beautiful resemblance between statements of Jesus Christ that talk of the “Kingdom of God within you” and of Lord Krishna’s teaching, “You see God in the heart.”

Lord Jesus spoke in Aramaic. Prophet Mohammad in Arabic and Lord Krishna expressed in Sanskrit. What they said, apparently sounds different because of differences in language. However, if you experience those things that were expressed in different languages, you will realize that they were all stating the same truth. What Lord Jesus meant by God and what Prophet Mohammed meant by Allah and what Lord Krishna meant by Paramatman are all ultimately the same thing.

When I was 11 or 12 years old, I was deeply touched by the gospel of Ramakrishna Paramahamsa, an Indian mystic and spiritualist. I was also impressed by the ritual of worship in Hindu temples. Sensing my intense spiritual yearnings, my father sent me to a nearby mosque to learn from an Imam. There, I developed general discipline in life. I was also exposed to the ancient Vedic texts and tried to understand God through the Sanskrit scriptures. My understanding is that the saviors and prophets who appear in different religions did not come to foster doctrinal divisions and animosity. We must not use their teachings toward that end. Some might believe that divine incarnations come to bring a new or exclusive religion, but what if their true purpose was to restore the philosophy of spirituality, that is, of God-realization?

When I was in college, I started meditating. All my exposure to religion and various spiritual doctrines, along with my father’s influence and, most importantly, my own yearning, brought me to where I felt my love of God was being realized. You know, the love of God is what Jesus felt too, which he shared with us all. I had that same feeling when I meditated.

That feeling is similar to what’s written in - John 15:9–11, New International Version: “As the Father has loved me, so have I loved you. Now remain in my love.”

A spiritual seeker once asked an Indian yogi, Neem Karoli Baba, “You said to meditate like Christ. How did he meditate?” Neem Karoli Baba quietly responded, “He lost himself in love: that's how he meditated. He was one with all beings. He loved everyone. He lives in the hearts of all." What a beautiful idea that is. In meditation, we move from the complexity of the mind to the simplicity of the heart. And love is indeed the right bridge to create that progression. When many of us start to meditate together, with hearts filled with deep love, unity and peace will come automatically. In this beautiful state of love, we experience the spirit of humanity every day.

My spiritual teacher, Shri Ram Chandra of Shahjahanpur, affectionately called Babuji, taught me that in the path of Heartfulness meditation, a special and unique element of the yogic transmission of spiritual energy flows from an elevated soul closest to God. This energy or spiritual transmission can flow from many levels and by any means. Even as early as in Yoga Vasishta, an ancient sacred work dated around the 6th-14th c. CE, a spiritual teacher is said to have transmitted spiritual energy to a disciple by touch, speech, or sight. In the Bhagavad Gita, another sacred text, Lord Krishna does the same to Arjuna on the battlefield at Kurukshetra. The Sufis practiced sacred transmission, and perhaps even some Jewish sects like the Essenes, with whom Jesus spent time, had a similar ritual. Jesus was baptized by John the Baptist. The below quote from the Bible is very relevant in the same context:

Matthew 3:11-13, New International Version: “I baptize you with water for repentance. But after me comes one who is more powerful than I, whose sandals I am not worthy to carry. He will baptize you with the Holy Spirit and fire.”

Babuji helped me see the intersection between Christianity and the spiritual wisdom I discovered while living in India. He always praised Jesus Christ because of his very valuable teachings. Babuji would often say, “And how kind-hearted he was! And what a broad heart he had!” He also said that The Sermon on the Mount moved him very much. Later in life, I had a chance to pick up the Bible again and observe the holy intersection between Jesus’s words and what many yogis had taught me over the years as I received their teachings through various books and poignant spiritual experiences.

By being willing to learn from other traditions and seek the connections among them, we can find what Jesus called the Kingdom of God and its power for fueling our spiritual evolution. The kingdom, which Jesus said was within, is indeed inside each of us and waiting for us. Not only is the kingdom waiting, but I believe that it also beckons us to the practices of meditation and prayer, which we can support with the transmission of love and grace from elevated souls.

However, now, let me tell you a personal secret: In the night, just before going to bed, when I sit down and offer a prayerful meditative submission to the divine and connect my heart to something deep within me, which is a higher vibratory state of my own existence, I feel like the whole of humanity evolves together. The promise of the kingdom offered by God is already within reach. It makes me feel that one’s own heart is that kingdom of God.

Renowned teacher of Heartfulness meditation, Kamlesh D. Patel, affectionately known as Daaji, was born in Gujarat, India. He brings forth the essence of yogic spiritual practices in a scientific way to help in emotional self-regulation and elevate one’s consciousness to the highest possible level. Learn more at www.heartfulness.org. 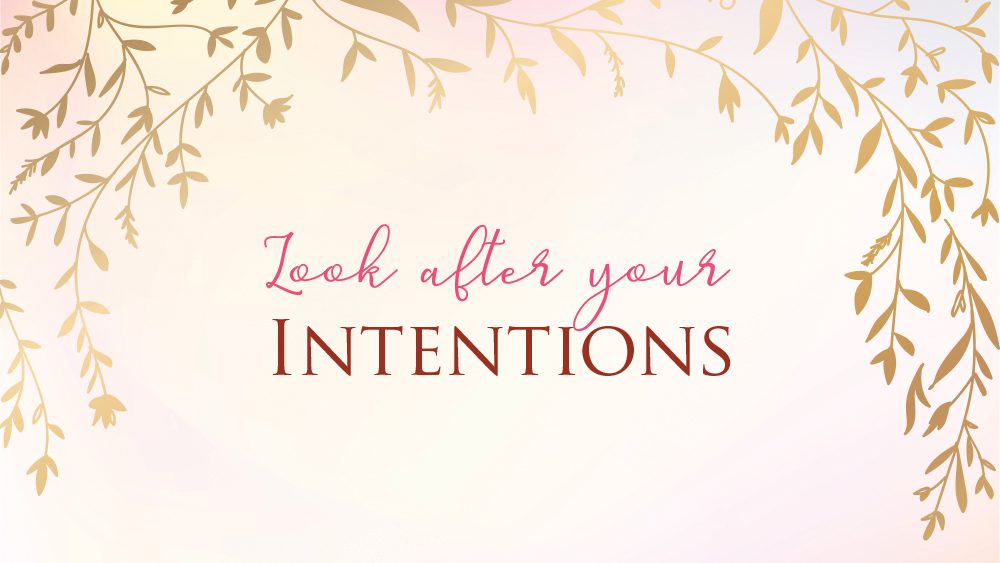 LOOK AFTER YOUR INTENTIONS 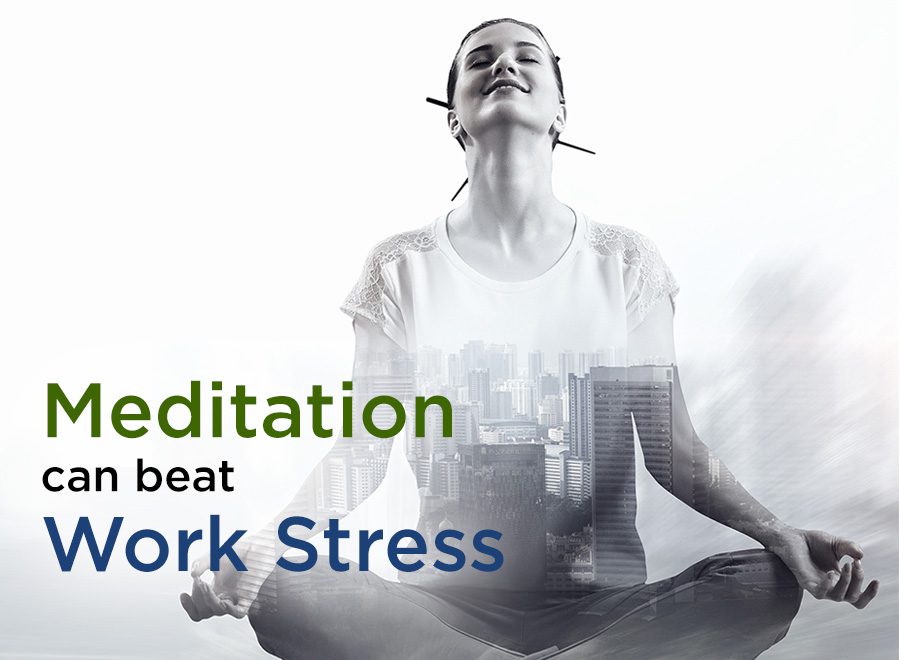 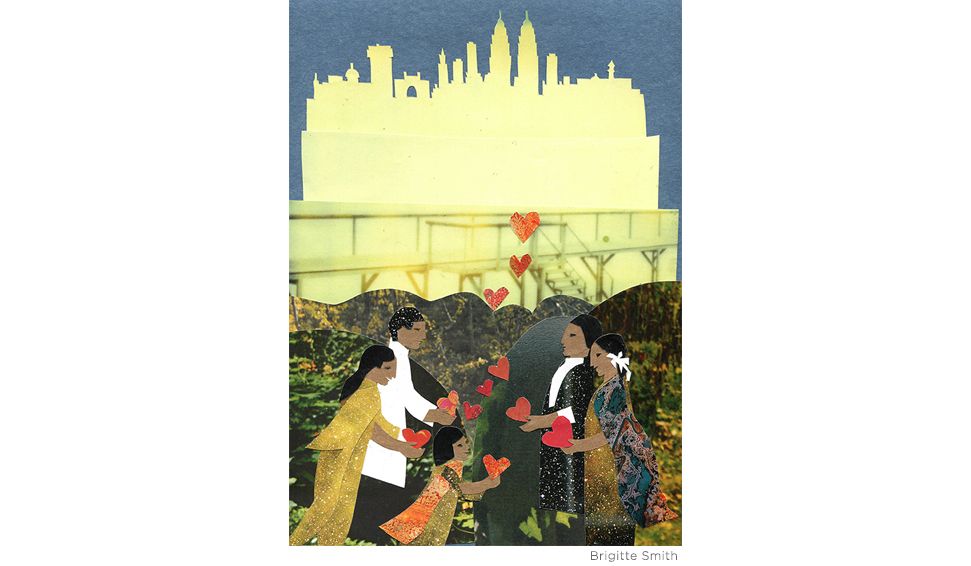 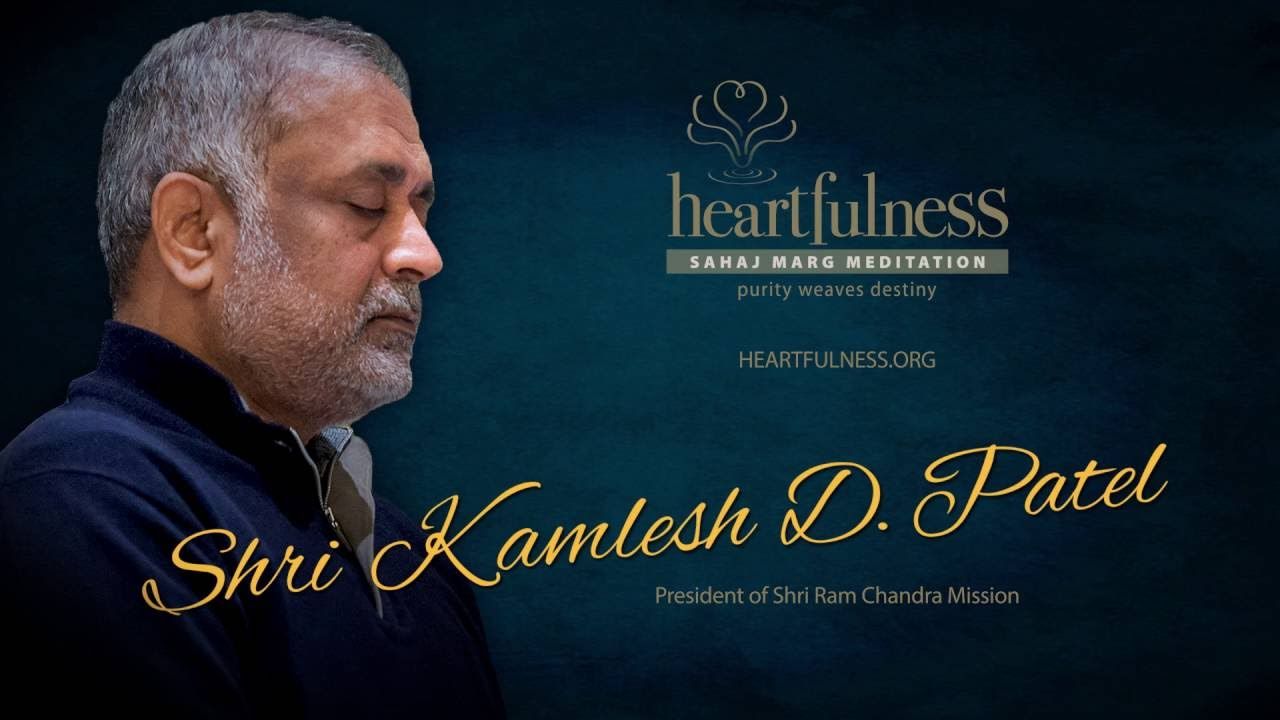 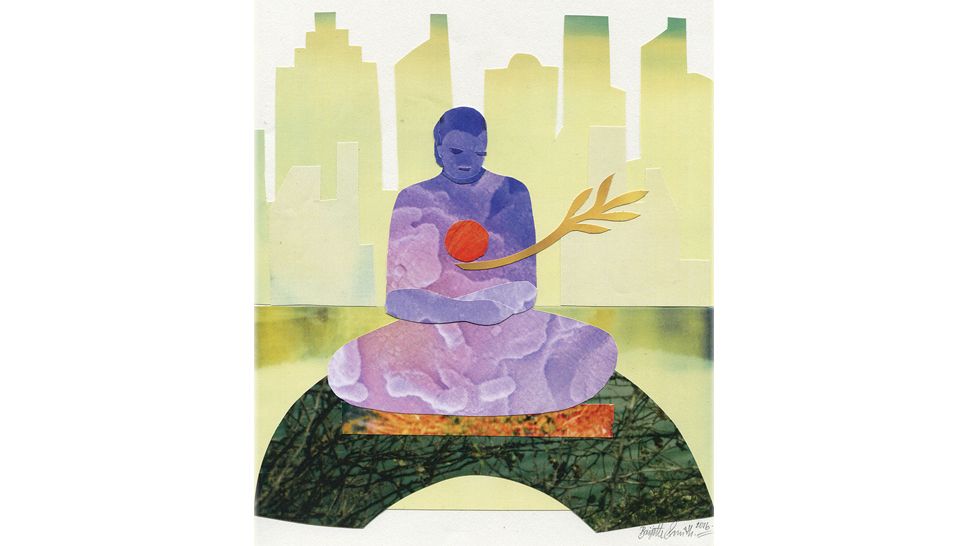