In this bulletin, we bring you some updates from Kanha and snippets from Daaji’s conversations with abhyasis.

The switch in roles between religion and science

During a walk at Gokul Point, Daaji was explaining the need for a scientific approach to Heartfulness:

“In the olden days, it was believed by the religious authorities that the Earth was the centre of the universe and everything revolved around it. The scientists of those times, like Copernicus and Galileo, believed otherwise, so the authorities went against them. They wanted to hang them, give them poison, and demanded proof. Today the situation has changed; science demands proof from religion. So in these modern times, for Sahaj Marg to effectively remain convincing, we need to validate the effectiveness of meditation scientifically.

Two elderly sisters from Babuji’s time had come to Kanha to visit Daaji. During a long discussion under the neem tree at Gokul Point on various topics, Daaji’s thoughts flowed one after the other in a natural way. The figure of Lord Ganesh

“In ancient times, the figure of Lord Ganesh was known for bringing happiness and joy. Look at how much joy such a jolly figure brings! Imagine for a moment, Lord Ganesh is taking his vehicle, a little mouse, on a walk while it is raining, carrying his tiny little umbrella. When you look at the image of Lord Ganesh it provokes joy and happiness.

“But I have another understanding too. In Sahaj Marg we believe that we move from animal man to human man to divine man. When you see the image of Lord Ganesh, it shows an animal that wants to be human, and there is also one image of Ganesh with an umbrella dancing in the rain, which I would say is a blissful state. It is hilarious. So, he is a combination of an animal and a man, who is now blissful. So it is a total journey depicted with this image. You cannot depict ‘beyond bliss’ with a pen and pencil.

Daaji wanted to emphasise that many of our traditions actaully have a scientific backing.

Autophagy, the lunar cycle and Ekadashi

“Autophagy happens when we fast, so that the body has an opportunity to rejuvenate. Otherwise we are always busy assimilating and metabolising food. You see Ekadashi has a logic behind it, a scientific reason behind it. When you observe the tides in the oceans of the Earth – the high tide and low tide – they are in sync with the lunar cycle. Now, our body is almost 70% water, so imagine what the lunar cycle does to our system. Its effect starts becoming pronounced from the eighth day, and by the fifteenth day the effect is maximum. So, to nullify the lunar effect we fast on the eleventh day, which is the midpoint.

“Farmers also use the farmer’s almanac based on the cycles of the moon to plant above-ground crops, vine crops, root crops and grains, clear ground etc. All living creatures respond to the lunar cycles.”

“Polarity exists in the Heart Region; opposites are there. Once you cross the Heart Region or Pind Pradesh, all the dwandwas (opposites) related to the pancha bhutas are dropped. If you are still stuck between dwandwas it is an impossibility for you to enter the Cosmic Region. So polarity finishes in the Heart Region. Then, what remains in the Cosmic Region? More and more of less and less of the ego. It is no longer a matter of opposites; it is only the extent of the ego that is refined. Then, once you enter the Central Region, it is a different ball game again; more and more of less and less of bliss, to the extent that it is zeroed out.”

Babuji has masterfully done it all

“In one of Babuji Maharaj’s diary entries, there is Lalaji Maharaj’s explanation about brahmarandra or bhanwar gupha. On the same day, Swami Vivekananda also mentions the seven rings of splendour in the Central Region. Now when you ask, ‘Where is bhanwar gupha?’ people say it is at the back of the head. They also say that the Central Region is at the back. There is nothing wrong with saying that, as it is also correct. But all these things are the reflection of the Real Thing which is in the heart. The actual bhanwar gupha is in the heart between points A and B. That hint is also there in the text. And the seven rings are there in the heart, reflecting seven rings of splendour echoing at the back of the head. Echoing means that it is not the real thing; the real sound is in the heart. So, you see the feeling is felt somewhere but actually comes from another place.”

Discovery and significance of points A & B

Daaji then commented on the masterful discovery of points A and B by Babuji Maharaj, and how the whole Hierarchy was so pleased about this discovery.

“The research of Babuji Maharaj on point A and point B is really great. When he was going to Lakhimpur-Kheri by bus, he stumbled upon this discovery that if a person can meditate on point A and clean point B, all the passionate tendencies can be removed. So, they were dancing with joy in the Brighter World, you see. What a discovery!

“Then Lalaji ordered, ‘May this be announced, and all those who are outside Shahjahanpur be informed by letter, that every person should meditate on point A. For those who do not practise this, we will detach ourselves from their responsibility.’ He clearly said that we will not assume the responsibility for individuals who do not do these practices on these two points, A and B.”

Daaji then went on to explain the true significance and extent of action of points A and B.

“To what extent can it expand and what depth does it have? To give you a small example, imagine when a boat is shattered to such an extent in the ocean that you cannot find even one plank of timber of it; so much of annihilation is possible. But because of desires, passion, which are concentrated at A and B, they work like a black hole, with tremendous vacuum power, holding our consciousness. Once you release those desires and passion, absolute expansion ‘happens’ as a natural consequence. That is why we do cleaning of point B and meditation at point A. It is not because of passion. The main thing is superconsciousness.”

Snippets of conversations from other days

While examining various works going on in Kanha Shantivanam, Daaji emphasised the need for attention to detail and our approach and attitude to ashram work. He remarked that if we can’t be perfect in the material world, how can we expect to be something in the spiritual world, which is so much more subtle and demands perfection at every step.

During a walk at Gokul point, he mentioned that the following thought came to him during meditation:

Daaji was explaining to a few abhyasis the effect of the environment in which we choose to be. He explained how the same applies to what we choose to do with the samskaras we already have.

“Genetics is what we have and epigenetics is the effect due to the environment. The genome is something very much fixed, and the epigenome is pliable. Likewise, samskaras are what we have – fixed – and the destiny we carry is also fixed, yet it is free will that can influence the natural outcome of destiny or samskaras.”

During an interaction with a group of abhyasis, Daaji was asked about Grace and how to invite it.

“All the play is in creating an area of low pressure. Without low pressure, even the wind does not blow. The airflow is possible because of the difference in atmospheric pressure. When we create low pressure, a vacuum in our hearts, Grace descends. For a person who thinks that he knows all, even knowledge does not descend.”

On being asked how to create this low pressure or vacuum in the heart, Daaji replied, “Humility creates low pressure in the human system. Even in cleaning this is what we do. We try to create a vacuum. When we create a vacuum, transmission automatically descends. When we are filled with an attitude of humility, of being the wrongdoer, with an attitude of ‘Forgive me Lord’, then a vacuum is created and Grace automatically descends.”

While talking to a group of abhyasis at his apartment, the discussion veered towards the large number of electronic gadgets we use and our continuous attachment to them. Daaji explained the following point:

“How can we expect people to exhibit discrimination when the mind is never free for vital aspects of life, to contemplate, to reflect? What do we do when we are free? We have options like television, video games, telephone chats, movies, etc. When we are occupied all the time with these options, we do not even capture a thought, what to say of reflection and contemplation. Conclusions need to be based on observations, but nowadays conclusions are based on impulse.

“Any form of addiction is a problem for us. These electronic gadgets are an addiction. Anything which takes us outward is an addiction. How can there be pratyahara when the mind is always outward bound?”

Service “There is a difference between a king who serves and a servant who serves. Make yourself strong enough to serve.” Revelations

“Revelations come when you are waiting. This is not active waiting, like, ‘I am waiting now, so let there be a revelation.’ It hits you when you least expect it.”

One day Daaji spoke to a few functionaries, emphasising the importance of ruminating and constantly thinking about what needs to be done, how to improve etc. He spoke about the best way to receive guidance for doing Mission work – actively seeking guidance from within:

“Postponing and procrastinating is not our way. Ruminate over what needs to be done and you will receive inner guidance. Think all the time about how things can be improved. If only we would all adopt such an attitude, how wonderful it would be!” 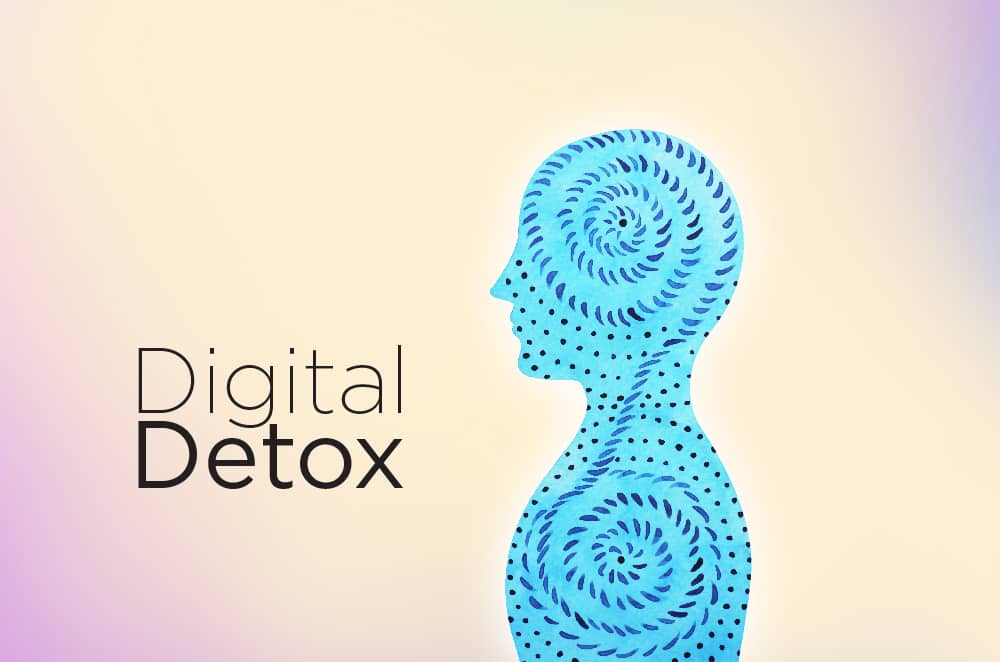 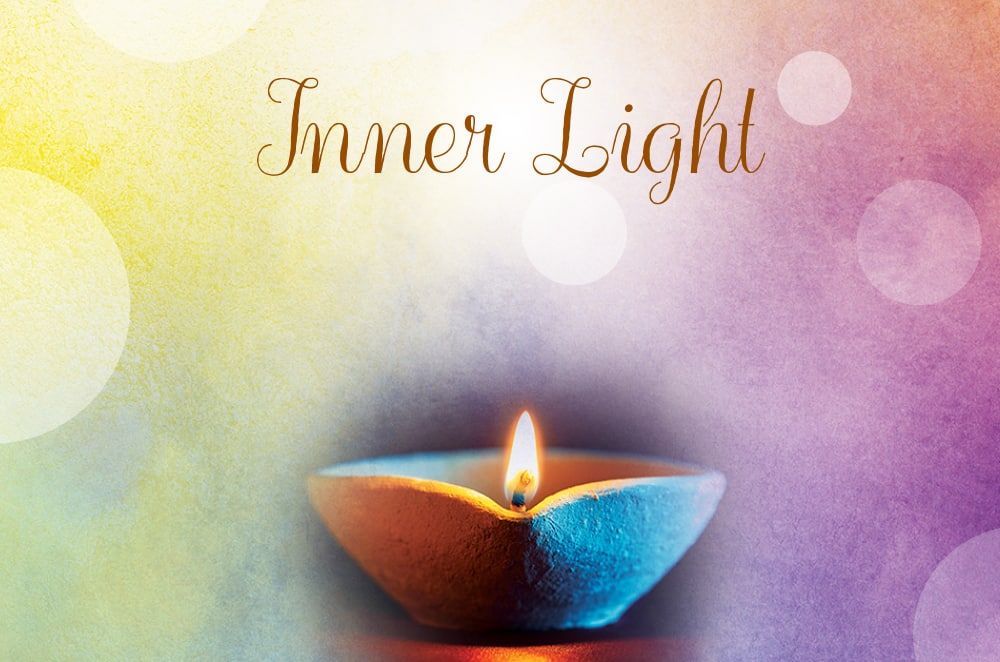 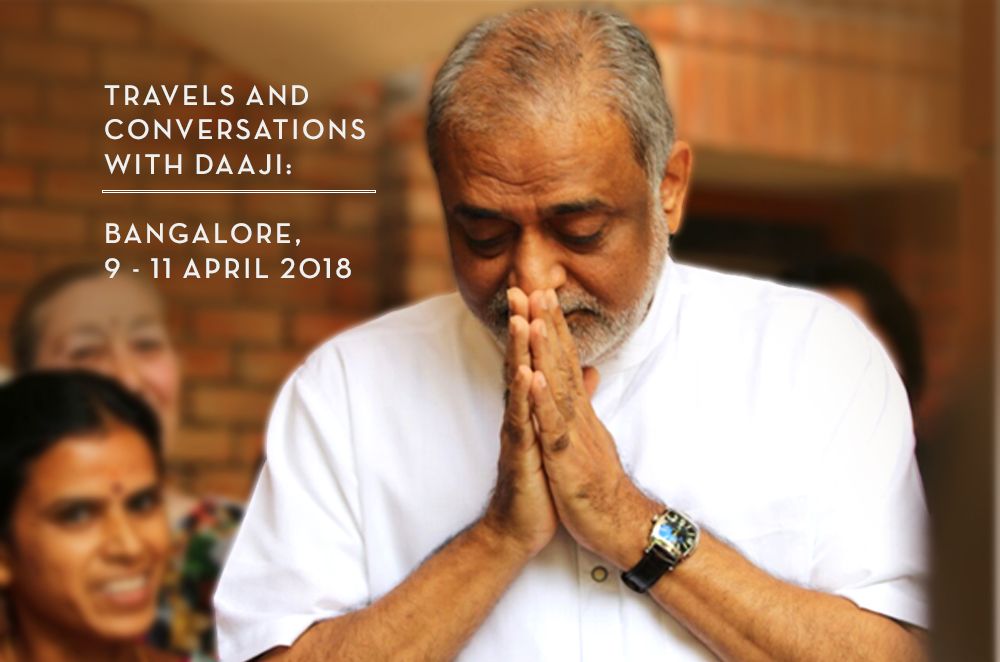 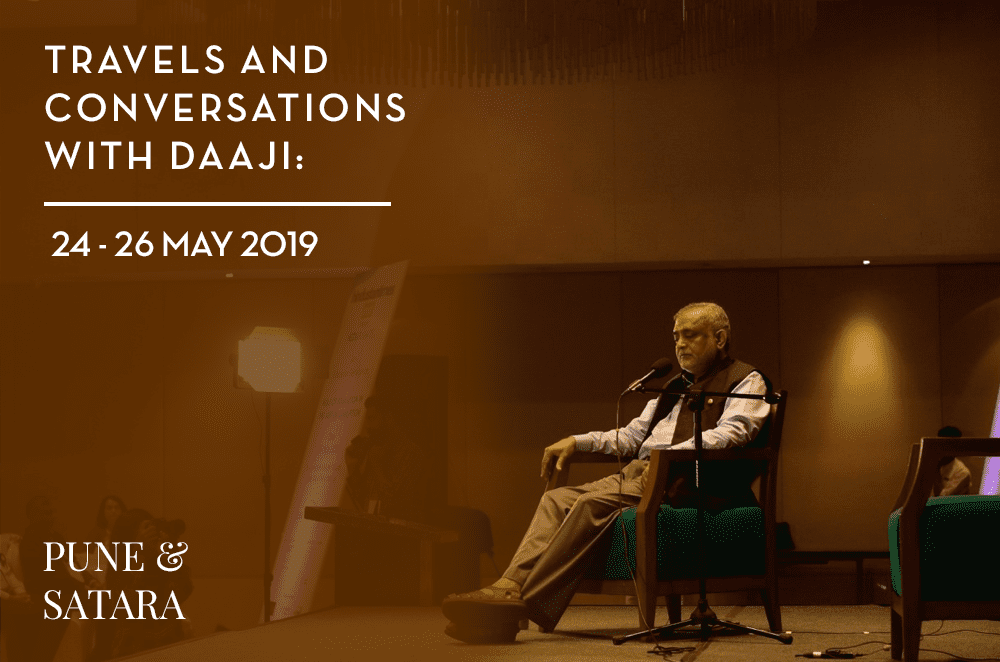 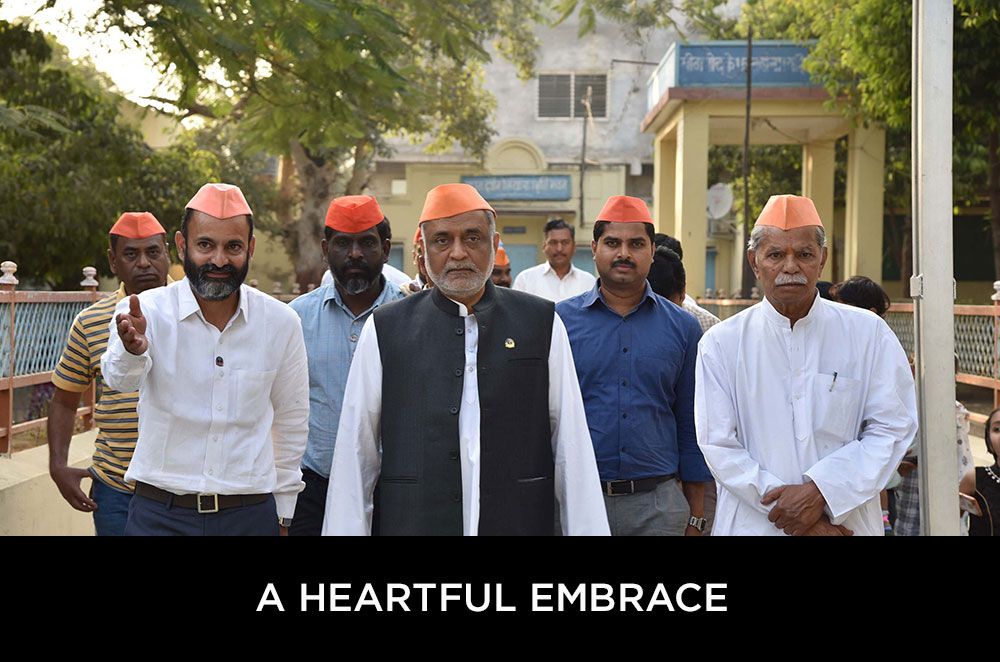 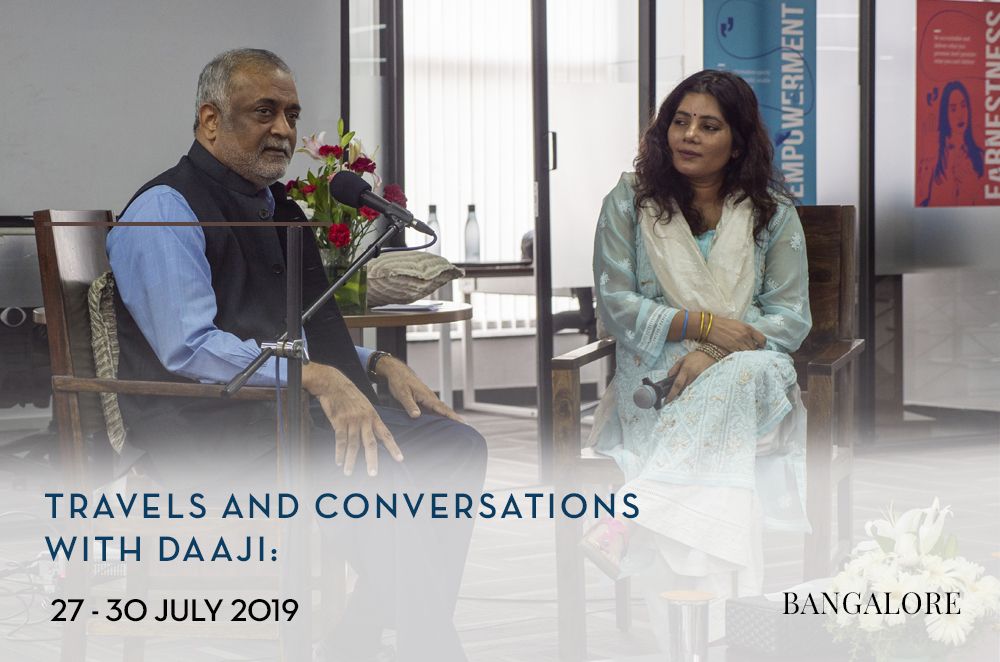