Become Pure with the Help of Yoga

Even when samskaras are good, parents are good, everything is good, bhoga has to be undergone. And in this process of undergoing bhoga, more and more samskaras are formed. So samskaras might be good or bad, but nevertheless, they are bondage. Whether you are tied with an iron chain or a chain made of gold, you are still in bondage. Until that is dissolved, moksha [liberation] is impossible. Without that, you cannot come to a state of purity. The practice or method of Yoga should be such that it makes us pure.

Daaji started for his walk at 7 a.m. These morning walks are usually interspersed by short halts to inspect and observe the plants on the way. He attends to them just as how a loving parent takes care of their child.

At 8 a.m. Daaji had breakfast with Dinesh Trivedi from the Bharatiya Janata Party (BJP), Pradip Singh Chudasama and Rasik Lal Patel. At 8.45 a.m., Daaji received Prakash Javadekar, also from the BJP, along with a few other guests. He spoke to them on many topics.

While speaking about samskaras [impressions], Daaji said, “Even when samskaras are good, parents are good, everything is good, bhoga has to be undergone. And in this process of undergoing bhoga, more and more samskaras are formed. So samskaras might be good or bad, but nevertheless, they are bondage. Whether you are tied with an iron chain or a chain made of gold, you are still in bondage. Until that is dissolved, moksha [liberation] is impossible. Without that, you cannot come to a state of purity. The practice or method of Yoga should be such that it makes us pure.”

Daaji went on to explain the concepts of shrama [labor] and karma [duty] to his guests. He clarified that, as seekers of Truth, we should be careful not to get trapped in the state of Sat-Chit-Anand and should aspire to go beyond.

While addressing the concern of many parents regarding the digital hazards caused by the usage of gadgets and mobile phones by children, Daaji referred to the moong dal sprouts experiment conducted under different environmental situations. This experiment showcases the harmful effect of electromagnetic radiation, emitted by mobile phones and other Wi-Fi/Bluetooth devices, on the surrounding life forms. Daaji asserted that we can make a difference in society on a global scale by making these experiments mandatory in each class across schools in the country. 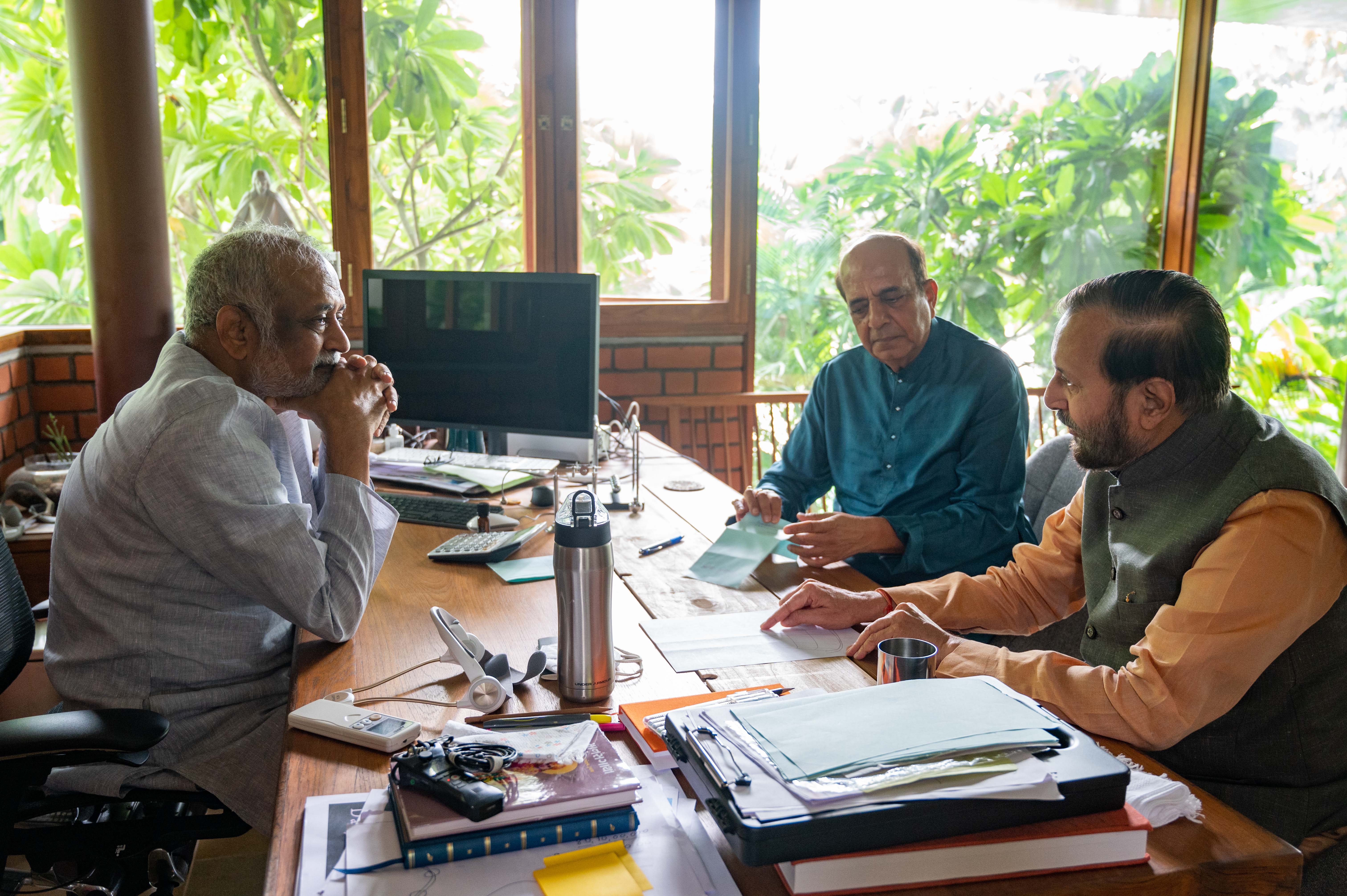 Between 9.30 a.m. and 9.55 a.m. Daaji walked his guests through the relaxation process and conducted meditation. After meditation Kapil demonstrated Brighter Minds, leaving the guests in a state of absolute amazement. 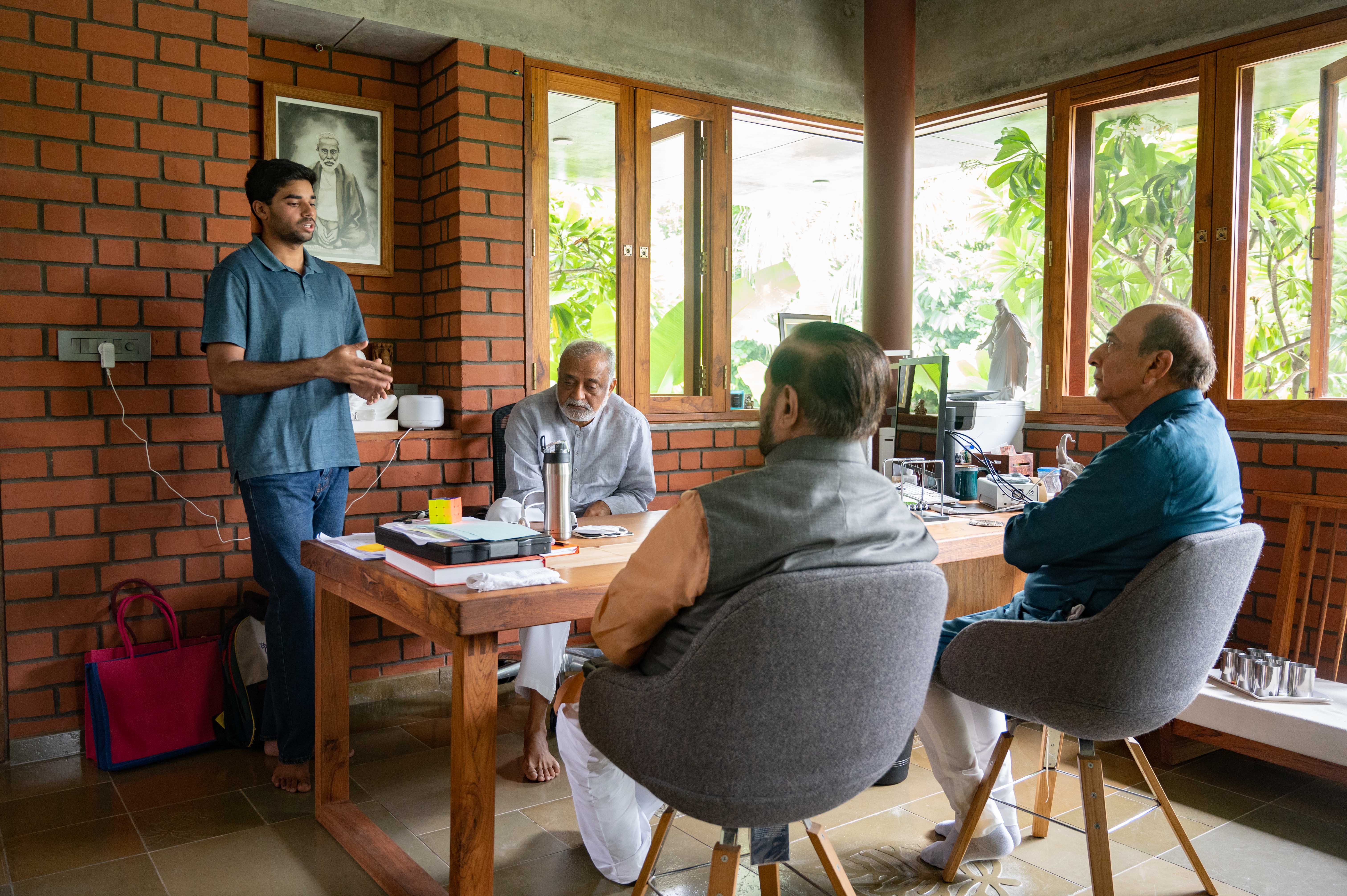 Around 10.40 a.m. Jishnu Dev Varma, Deputy Chief Minister of Tripura, and his wife joined Daaji and the other guests. There was a discussion on the rapid development of Kanha over the years, including the greenery and rise in the groundwater level. Daaji explained the vital role of charcoal in the plants’ growth. He took them to his garden and showed them how rain guns are used in Kanha. After this, Prakash Chudasama took leave.

Daaji took Jishnu Dev and his team for a walk and gave them a tour of different varieties of plants, deep root irrigation techniques and solar power installations. Between 11.36 a.m. and 11.56 a.m. he conducted meditation for the group.

After the session, Daaji gave Jishnu Dev a few suggestions on the different plant species that can be grown in Tripura. He also shared and explained details of the Omkareshwar mountain development project. Daaji then showed them the mini forest created around his house, the canals laid to preserve rainwater and how they are diverted to water ponds. The minister and his wife were wonderstruck to hear about these innovative ideas and see the plethora of vegetables, fruit trees and other rare species planted in such a systematic way. Later Daaji had lunch with them and went to rest. 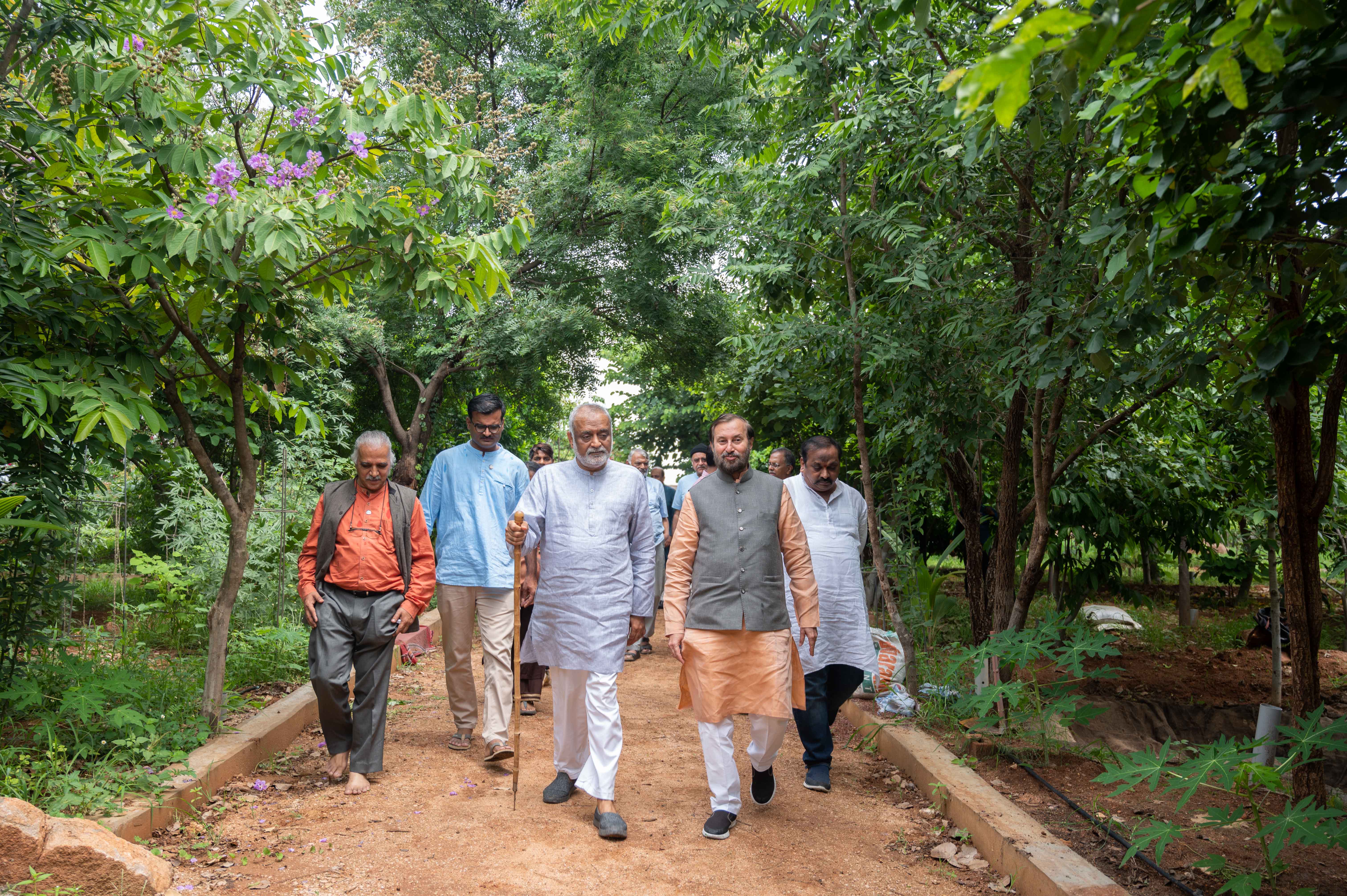 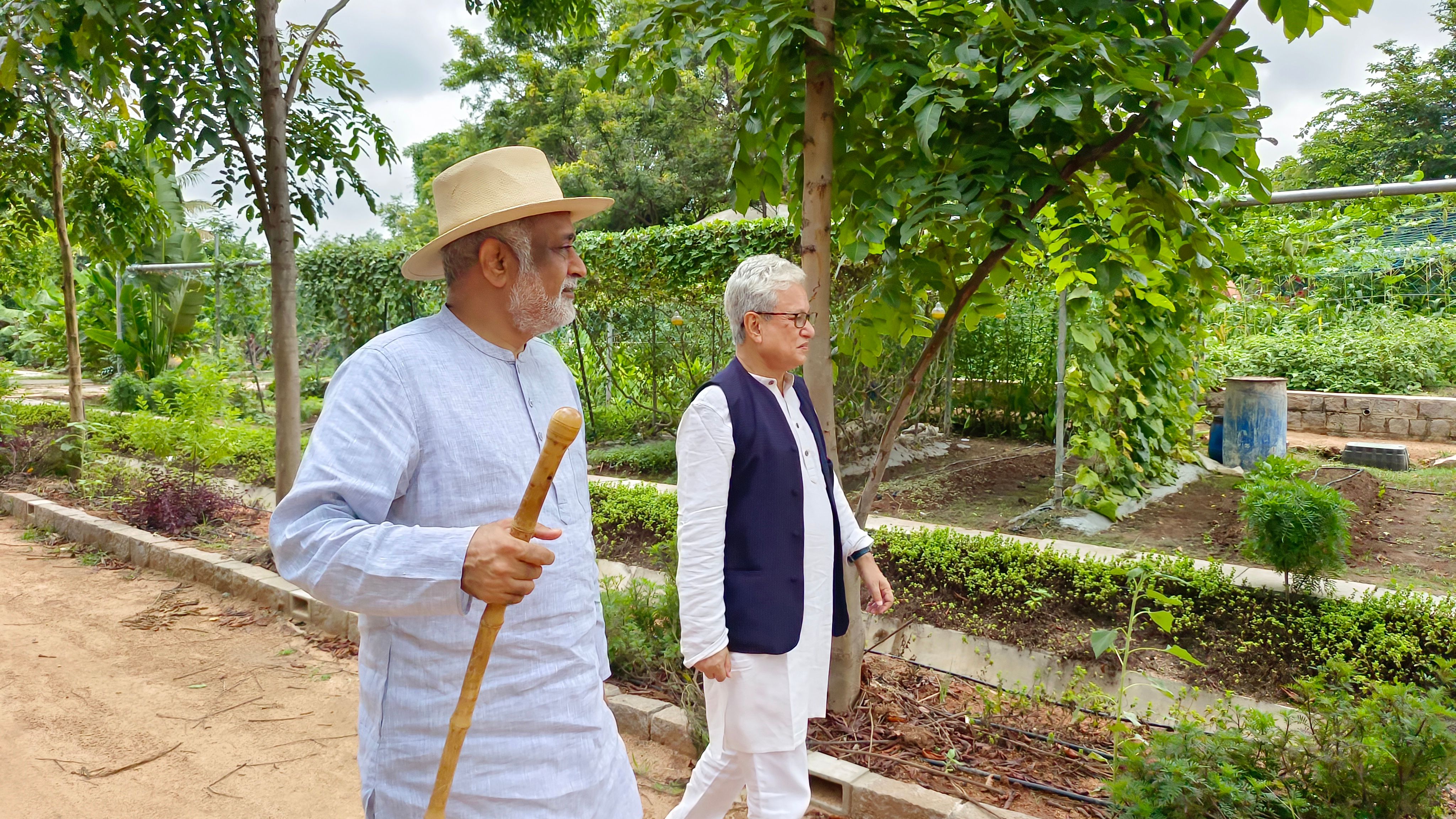 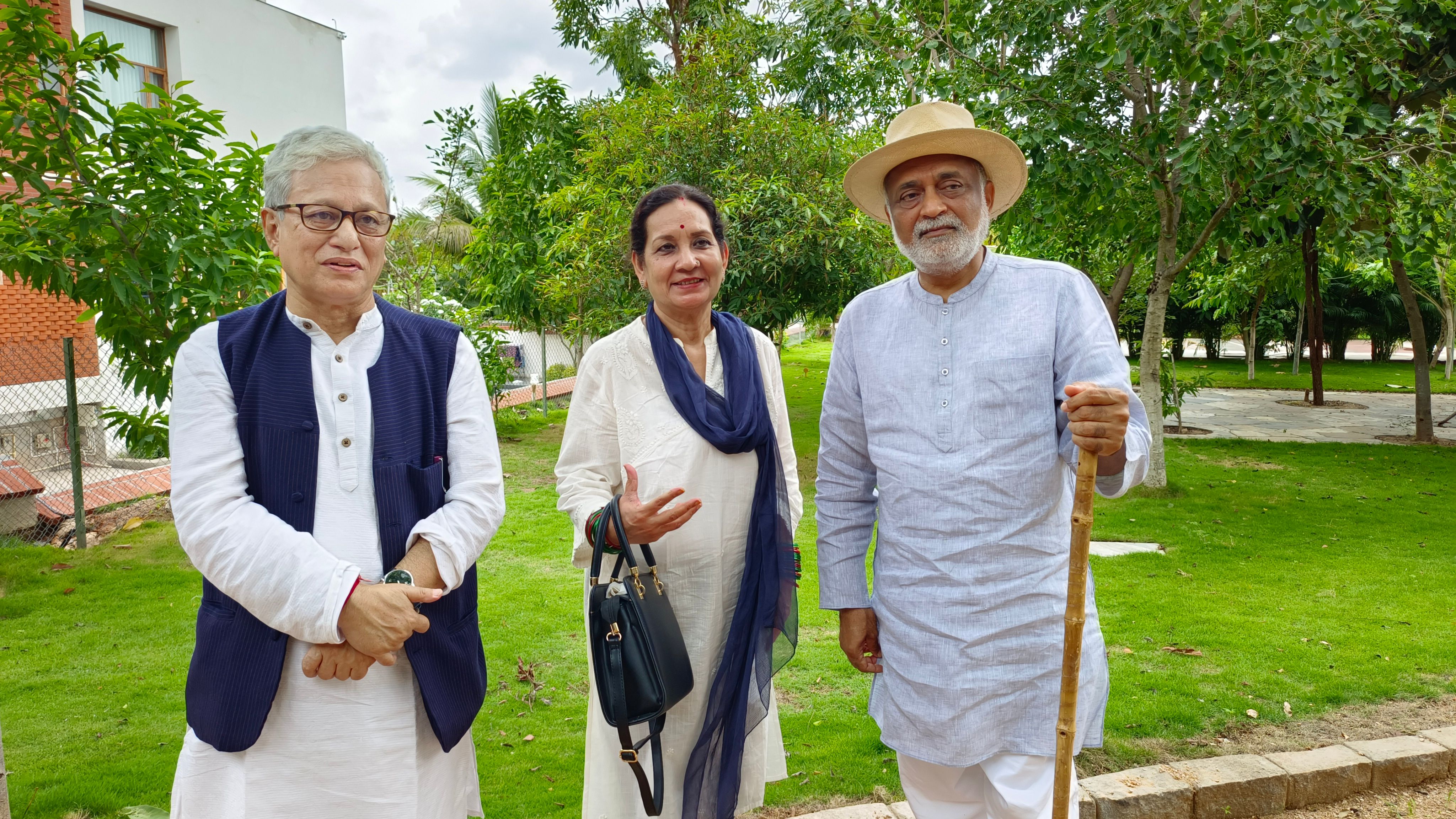 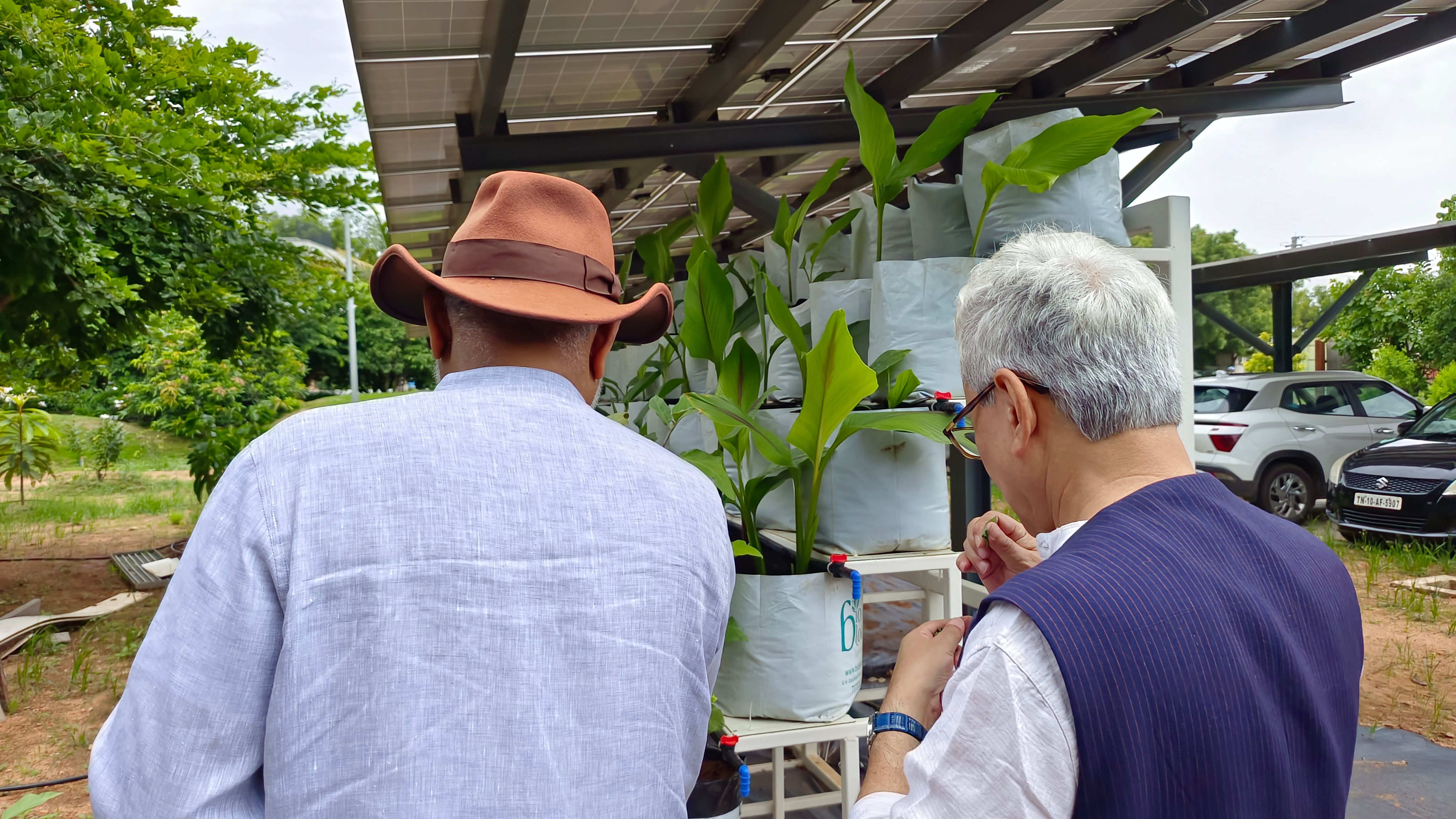 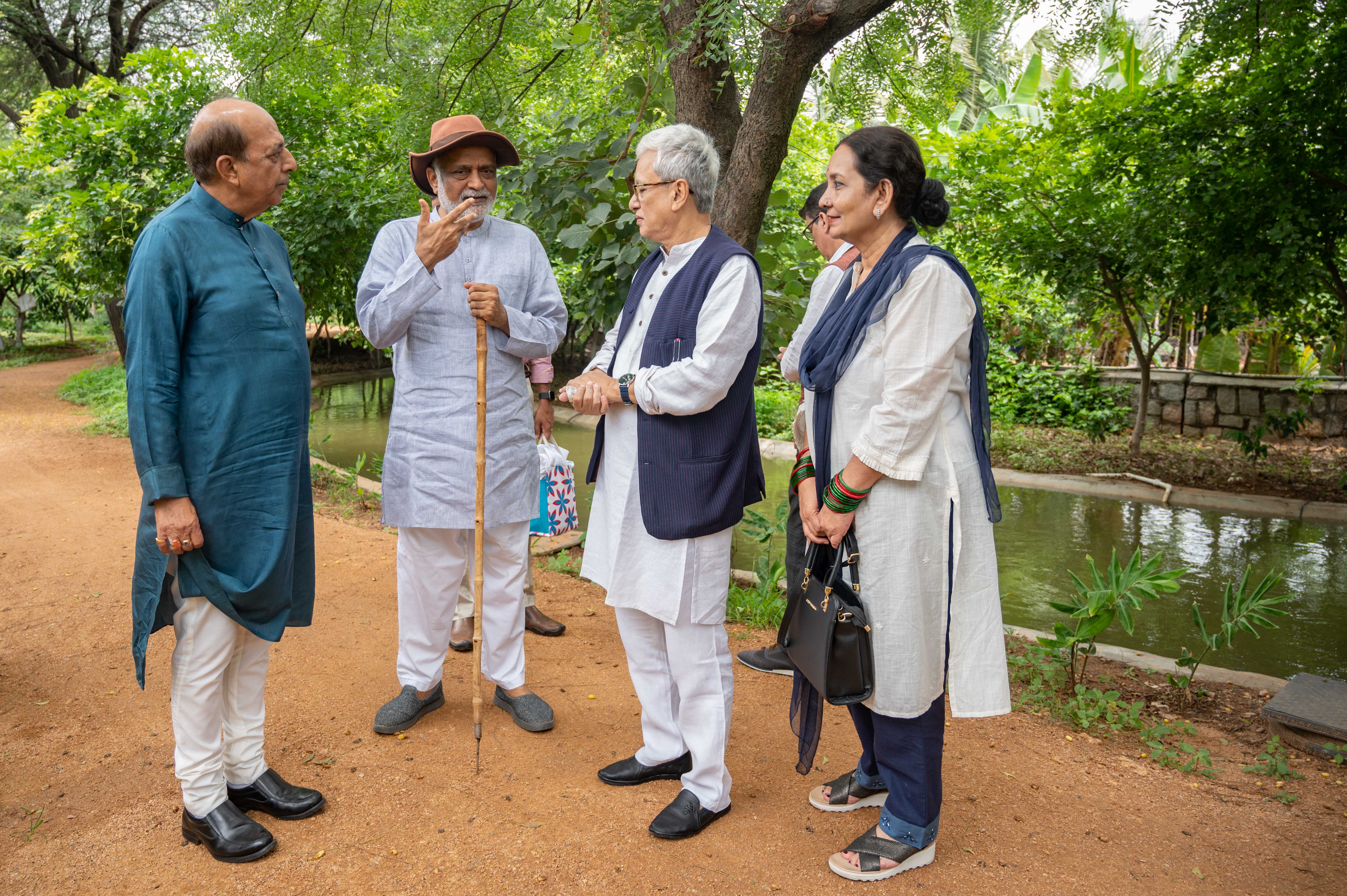 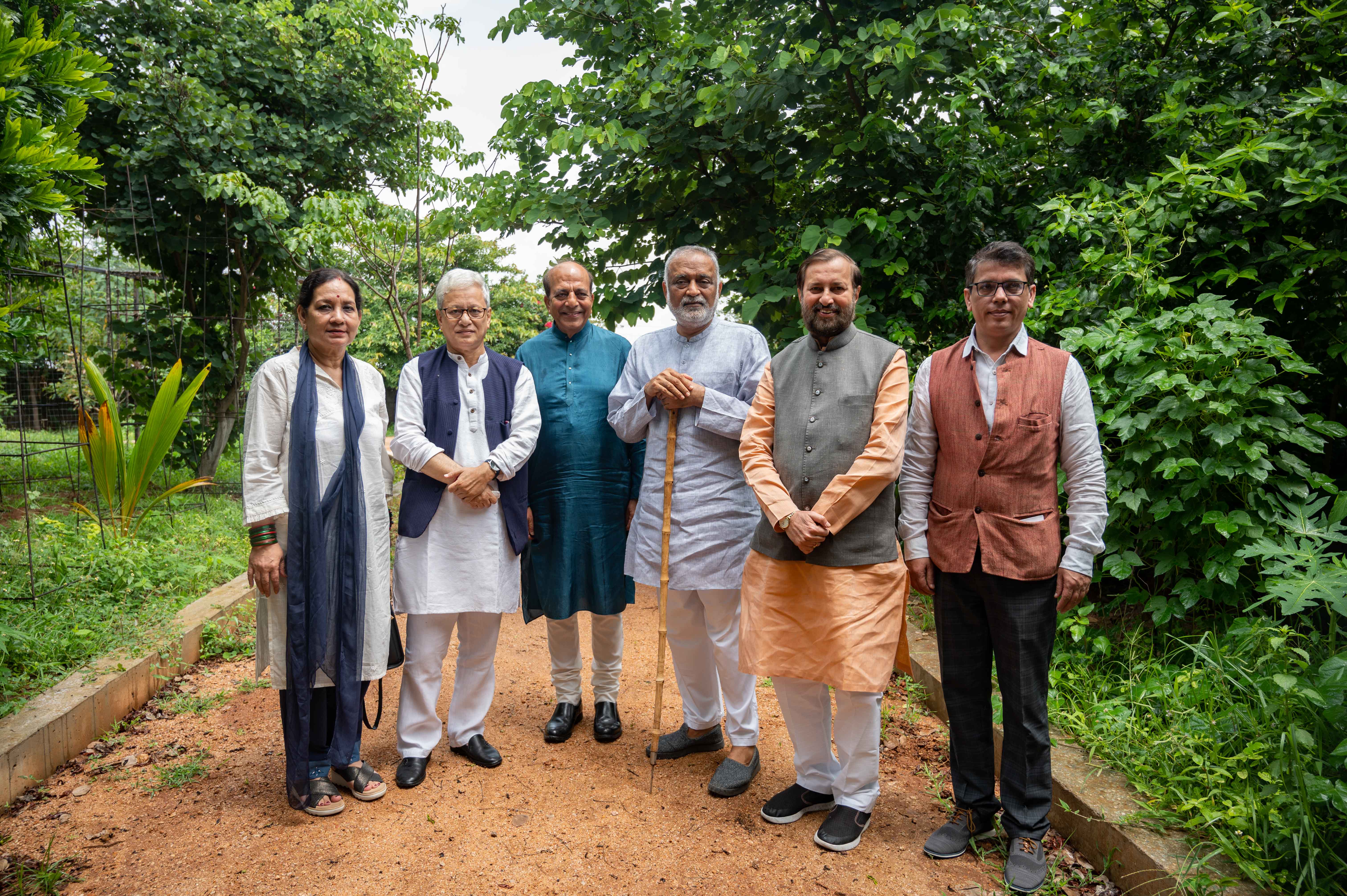 At 5.15 p.m. Shripad Naik, the current Minister of State for Tourism and Ports, Shipping and Waterways of India, came to visit Daaji along with Renjith Nair, Secretary to Chairman Indian Railways. While speaking to Shripad Naik, Daaji explained the futility of seeking and worshipping God outside. Quoting from the Bhagavad Gita, and touching upon the lives of many saints and examples from the Vedas and Upanishad, he asserted that divinity resides within and it is in our heart that we have to seek and find God. When we progress from kindergarten to higher grades, we leave behind the alphabet and are ready for other lessons. Similarly, we have to learn to experience God, divinity, within ourselves instead of seeking in temples. Only then can we find true peace and happiness. 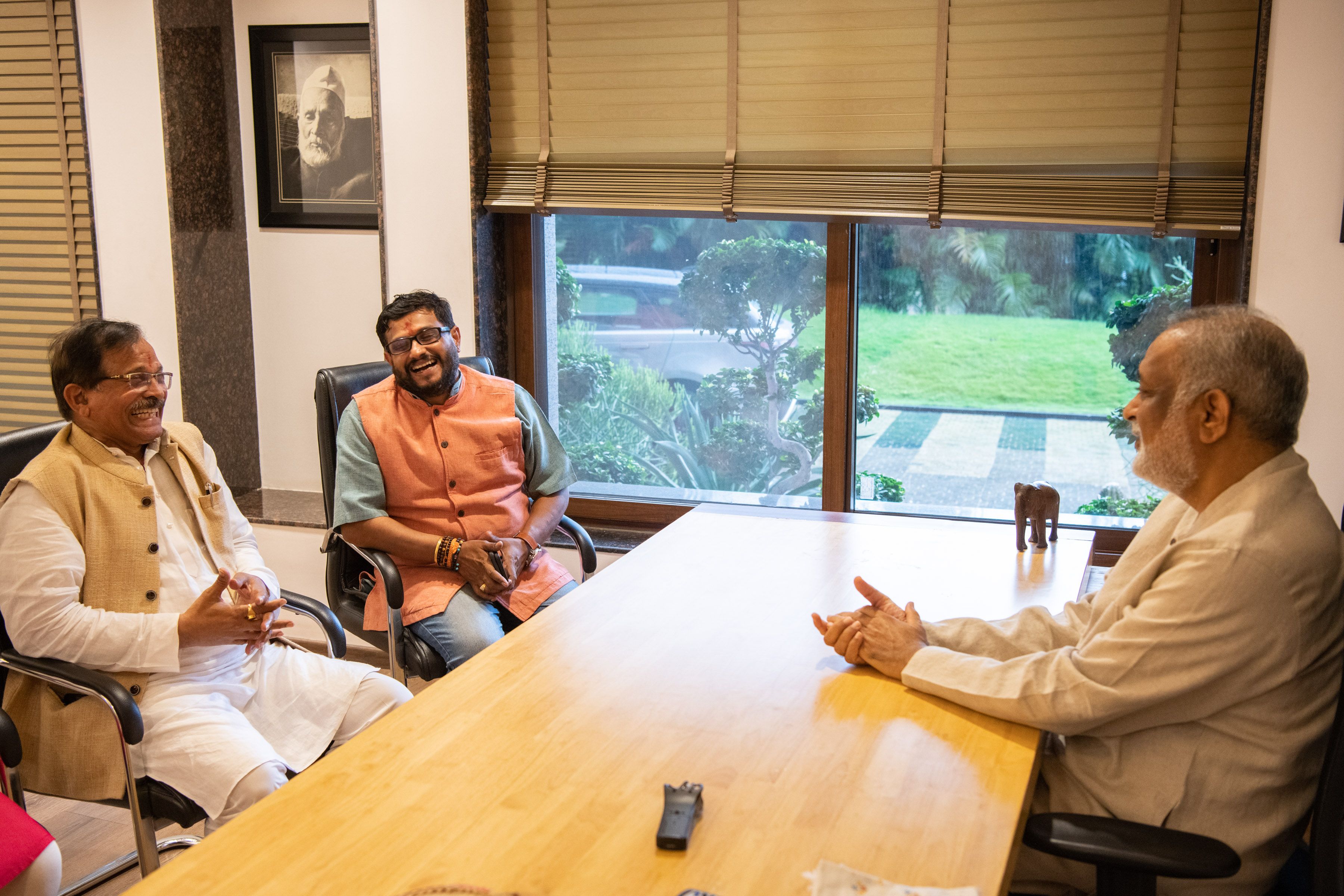 Daaji had met many officials throughout the day and was by now very exhausted. But he could not call it a day yet, as the members of the American Telugu Association (ATA) were waiting to meet him virtually over a Zoom call.

At 6.10 p.m. the physiotherapist, Surekha Banda, visited Daaji for a routine check-up and suggested a few exercises for his shoulder pain.

At 6.35 p.m. Daaji joined the Zoom call with the ATA team, answered a few questions and then started meditation. He asked Krishna Linga from the USA to terminate the meditation after 35 mins.

Finally, Daaji went for a long walk, alone, in the light drizzling rain. This seemed like a refreshing end to a tiring and busy day.