The Natural Flow of Transmission

The luminous spiritual being of Pujya Babuji Maharaj was felt while giving sitting to the preceptor candidates. I instantly started resonating with that luminosity, and I could find my entire body glowing. From this state, the work began on the candidates present. The work was made easier because of this, and Transmission flowed naturally from points 1, 2 and 8. Some were settled on point 8 and some were on point 9. I offered my prayers to the great Master to help them retain the position granted during the sitting.

At 10.15 a.m. he went to the temporary meditation hall in the north of Kanha to give the final sitting to the 78 candidates, including 44 women and 34 men, who had come as part of the new preceptors’ (trainers) training program. It was a short and special sitting, beginning at 10.20 a.m. and concluding at 10.32 a.m. 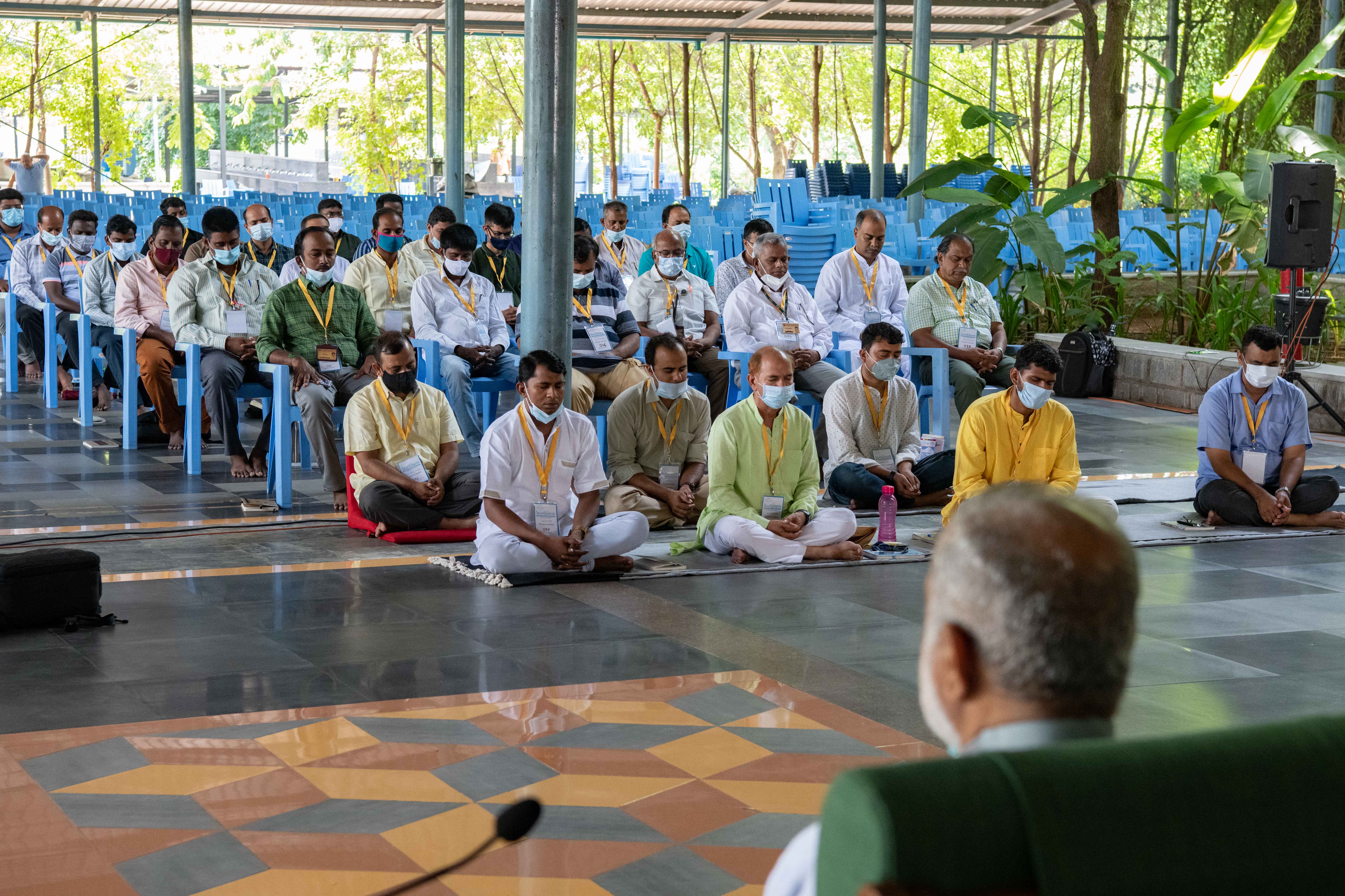 After the sitting Daaji observed, “The luminous spiritual being of Pujya Babuji Maharaj was felt while giving sitting to the preceptor candidates. I instantly started resonating with that luminosity, and I could find my entire body glowing. From this state, the work began on the candidates present. The work was made easier because of this, and Transmission flowed naturally from points 1, 2 and 8. Some were settled on point 8 and some were on point 9. I offered my prayers to the great Master to help them retain the position granted during the sitting.”

Afterwards, Daaji distributed prasad to all the candidates and gave a talk. Congratulating the new trainers, he said that this was an opportunity given to them by the great Master that would indirectly help them all to evolve faster. In addition to their daily practice, this offering of service and training seekers to the next level, cannot go without reward. And that is in the hands of the great Master.

Daaji said, “I’m sure whoever you start on the Sahaj Marg path will turn out to be spiritual giants.” He added that the requirement to do so was to allow the Master to work through the preceptor, permitting him to help the seeker grow, while doing whatever was needed to be done from their side by way of Transmission, cleaning, prayer, suggestions, and exchange of thoughts.

Daaji stated that he wanted every preceptor to create at least 3 very good practitioners in their center each year, who would be well versed in the philosophy of Sahaj Marg. He said, “Give them special attention all throughout the year, and every year you must produce at least 3 such students.”

He added, “So imagine if all 14,000 preceptors worked together. What magical things we can do together!”

Through this one can gauge the vision that Daaji has for preceptors in taking the work forward. 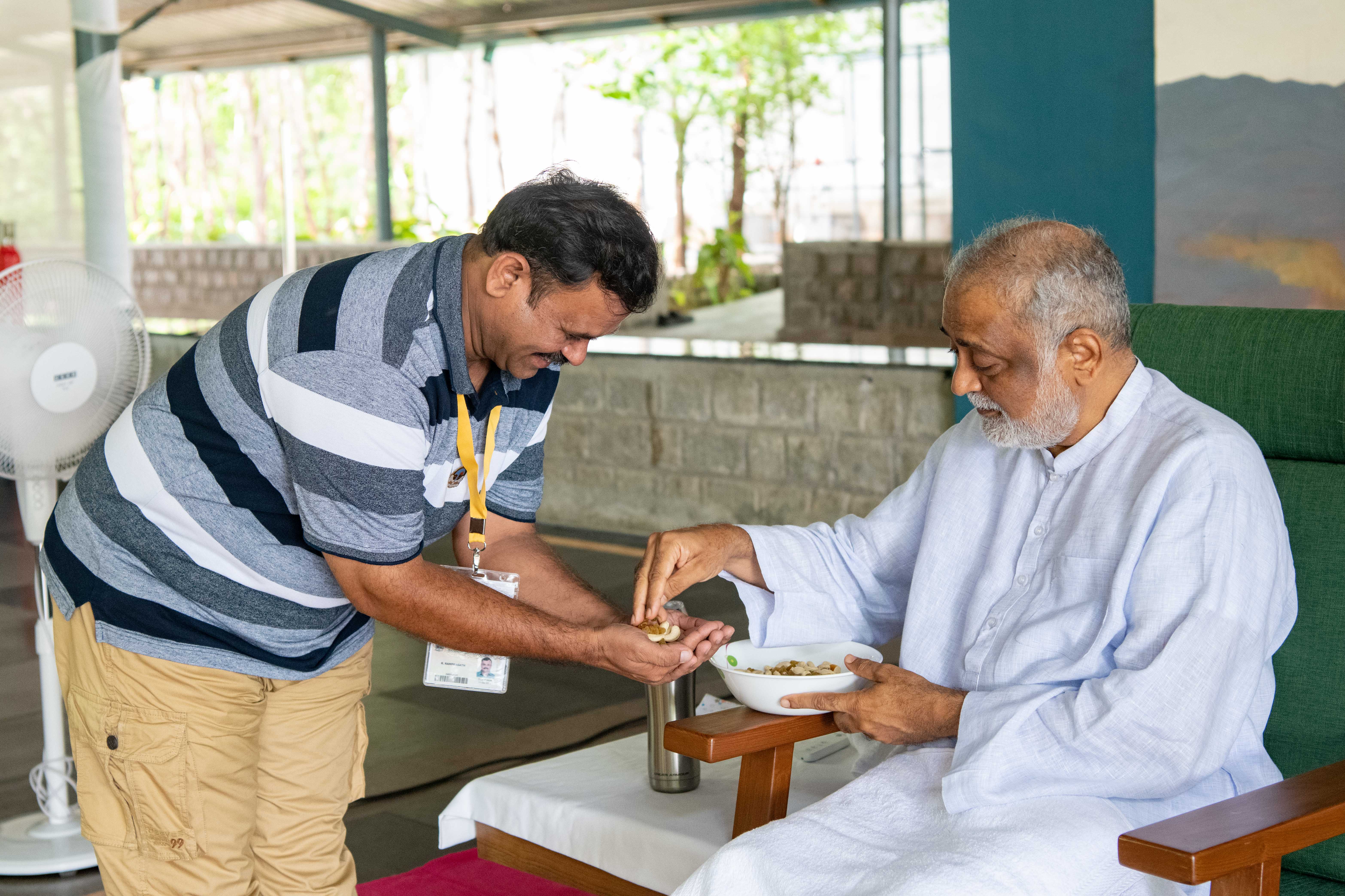 After the session with preceptors, Daaji went on rounds of the ashram. He first checked the place of construction of a new gate, which would make it easy for the people of Meera Shanti Vanam to enter and leave Kanha.

From there he went on to inspect the ponds in the Madhuvanam premises and nursery area, both of which are being expanded so that they can store more rainwater. Through this one can understand the importance Daaji has been giving to the construction of ponds and other waterbodies. 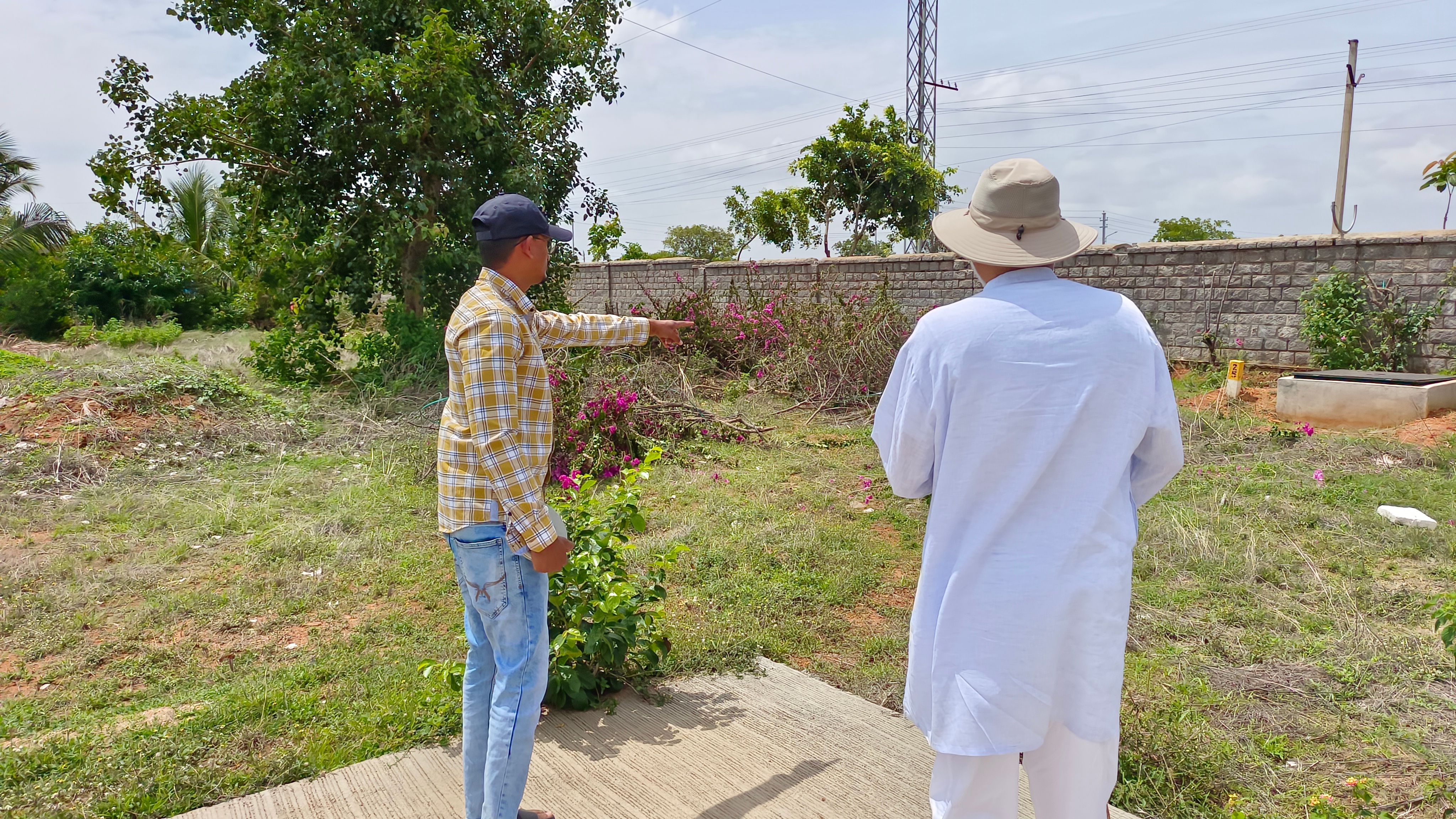 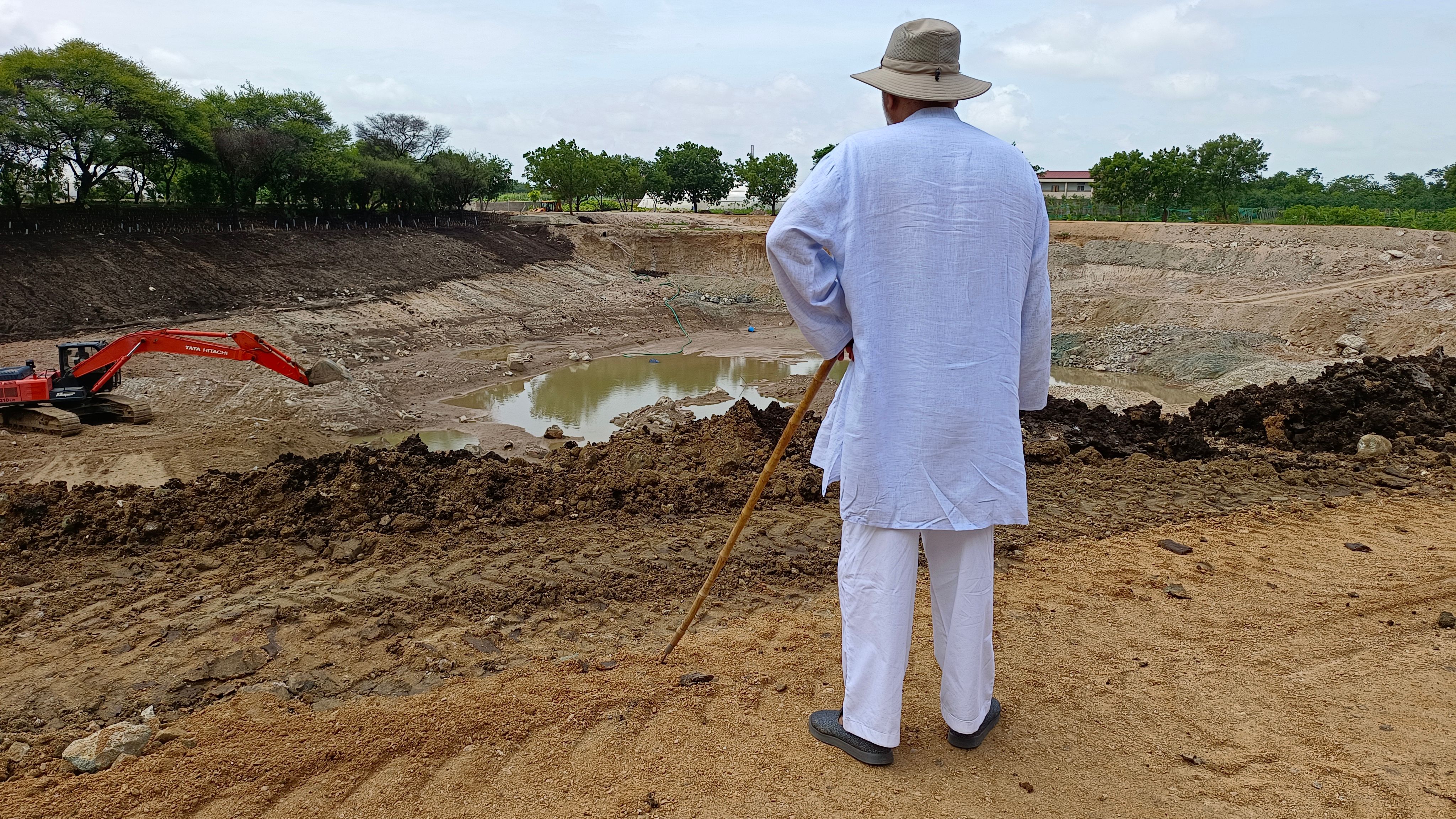 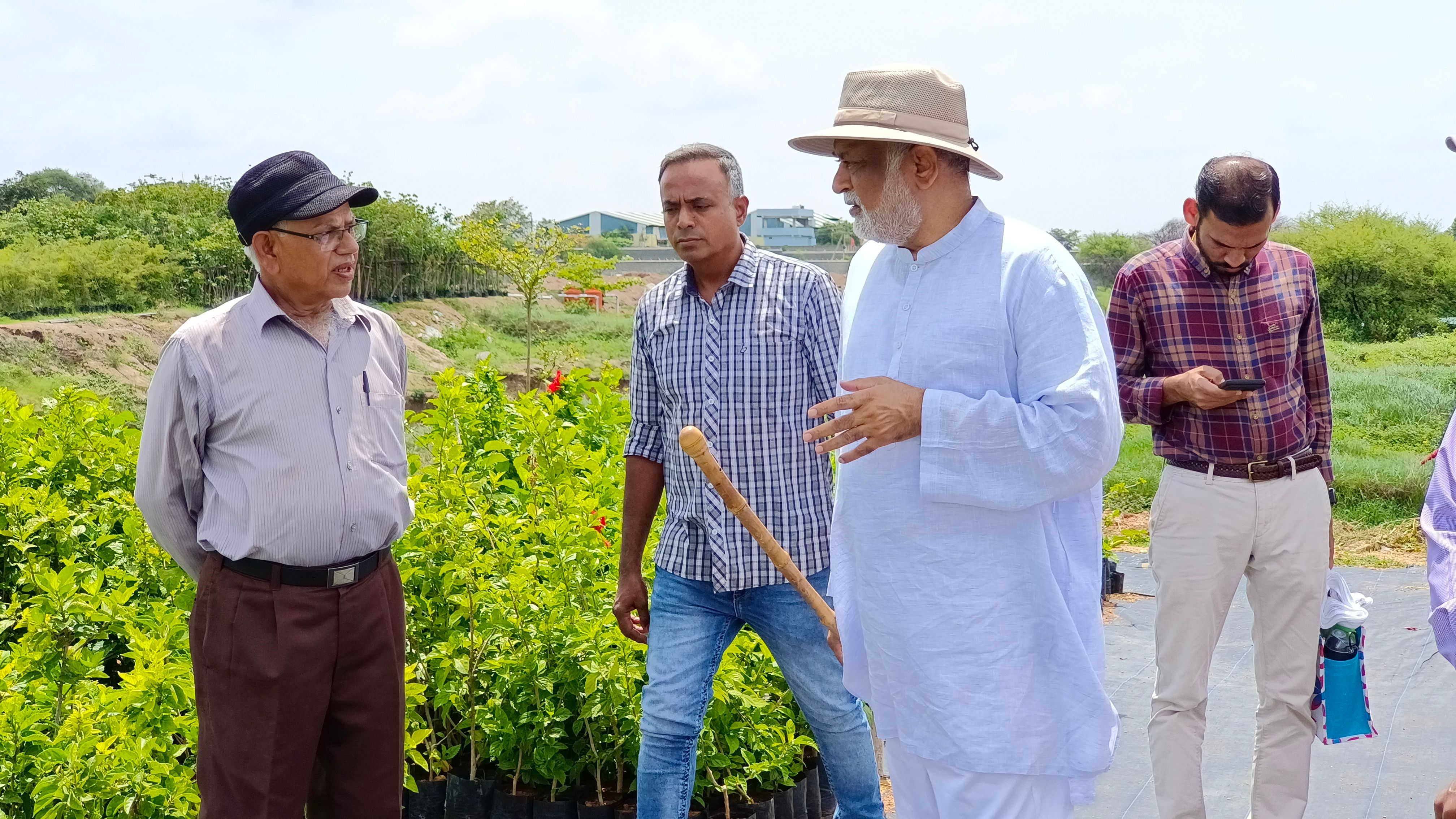 On his way back home Daaji met a couple of practitioners (Anubhuti and her mom), who were walking in the hot sun. He asked them to get into his car and took them home. He then spent some time patiently listening to an elderly couple in his office, along with Anubhuti and her mom. Anubhuti thanked Daaji saying it was the most wonderful day of her life! 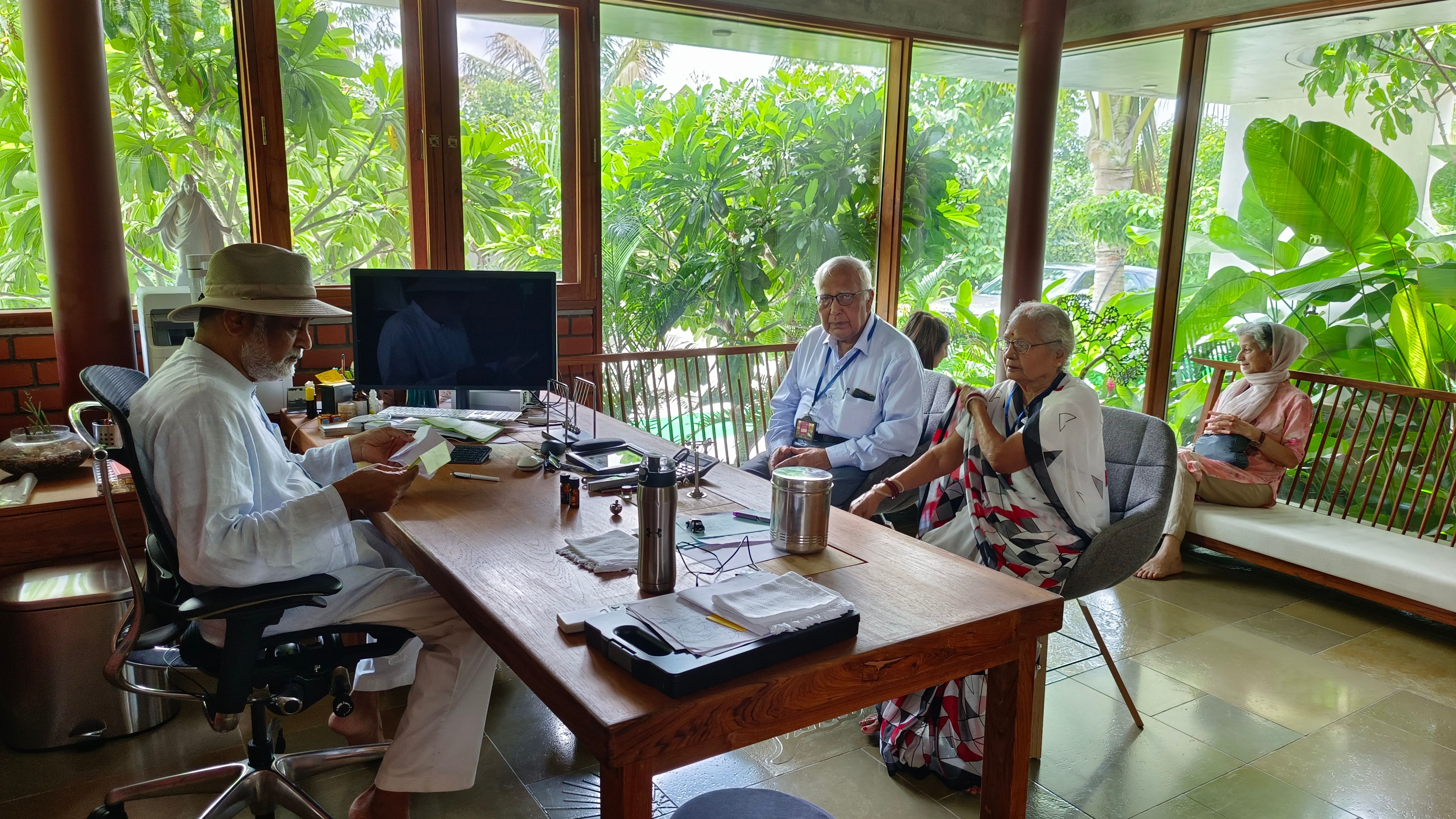 At 6.15 p.m. Daaji went to the Kanha Medical Center for a follow-up of his shoulder pain, as per the advice of Dr. Sharath Reddy whom he had visited the earlier day. After the check-up, and despite the pain he was in, Daaji went to the admin building to meet the practitioners who were waiting for him.

A few practitioners asked him some questions. After some time Daaji indicated that he would like to meditate, but the flow of questions and meetings kept going on. 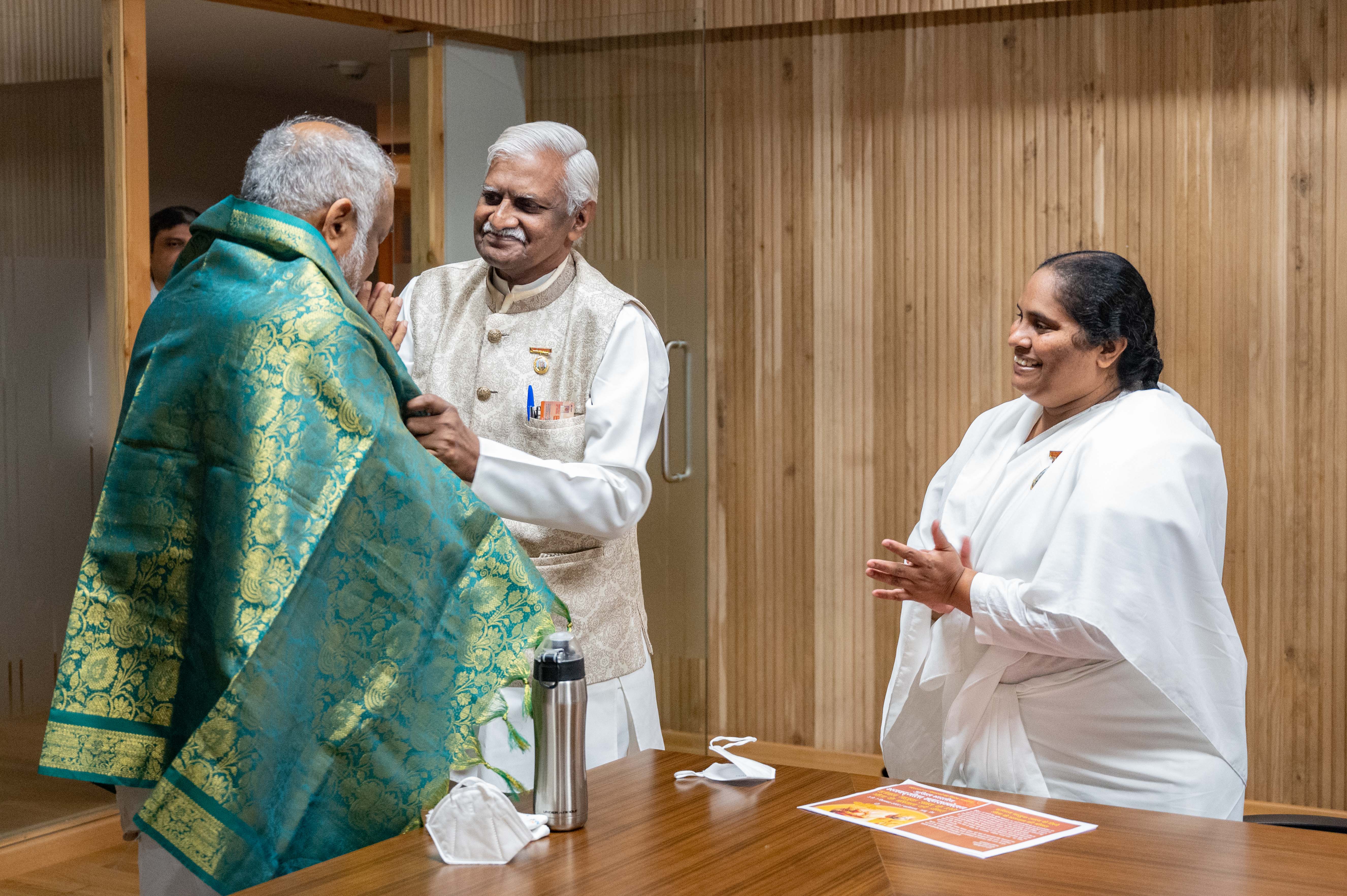 Just before starting meditation, Daaji called on the THLC students present there and spoke to them. They had all completed their tenth class and wanted Daaji’s guidance in further studies. Daaji asked them to meditate on this thought regarding what to choose for studies, reassuring them that he would discuss it after the meditation.

Daaji conducted meditation for about 25 minutes. Thereafter he welcomed the THLC students, who were seeking his guidance for their higher studies, into his office. The students present were Karnika Singh, Divya Atithi, Heer Madrasi, Malti Patel, Bhumij Ahire from THLC and Anmol Samant from KCC.

Daaji asked all of them to write their 5 best areas of interest pertaining to higher studies. Then he asked them to strike off the one they were least interested in from among the options they had written down. He asked them to repeat the process until only one option was left, and he suggested they go with that. 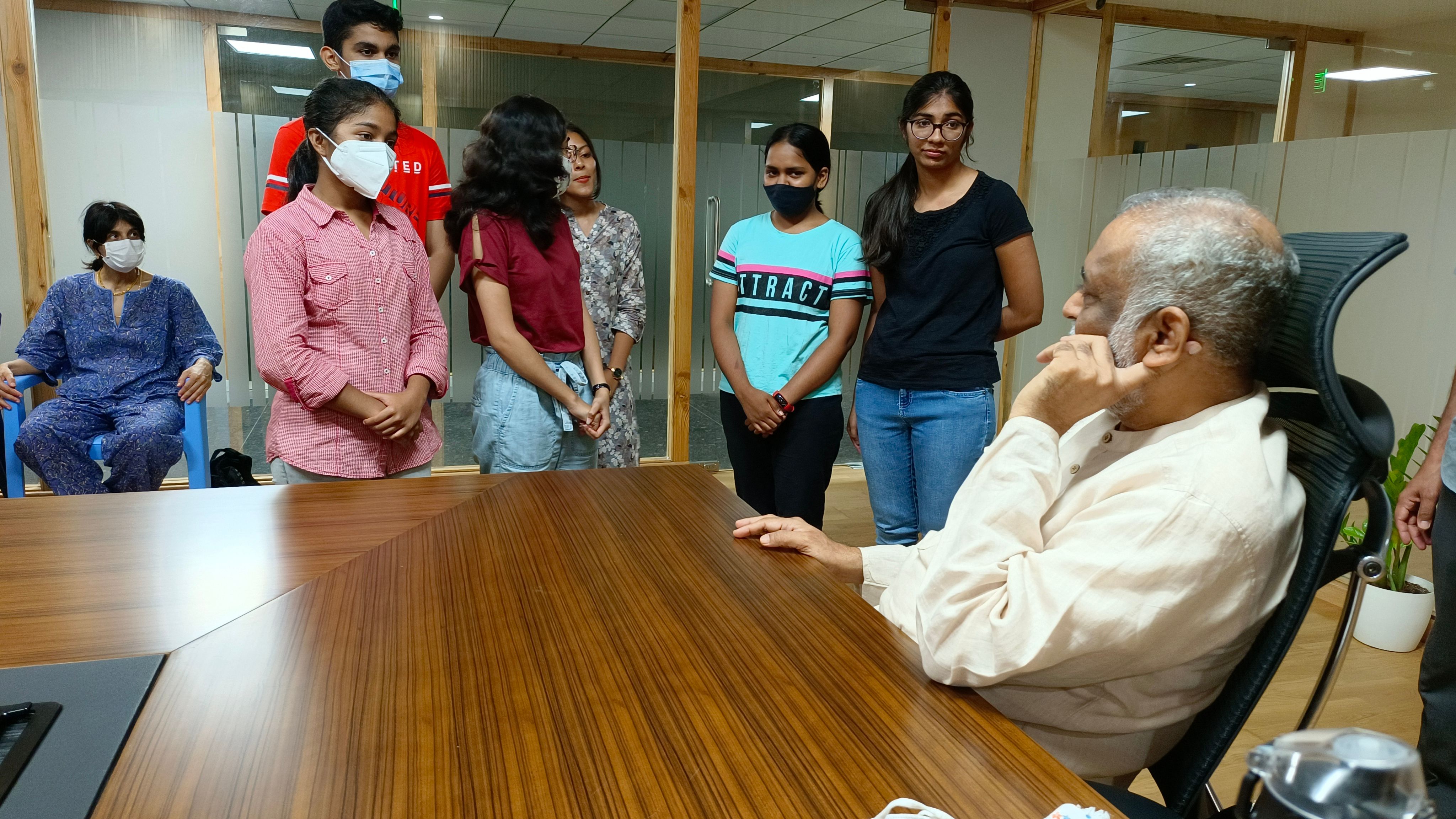 After this, Daaji left the office to go home.