The Sound of Silence

This morning a team of doctors arrived from Medicover hospital to check on Daaji. They ran a few tests that were inconclusive. The doctors advised Daaji on his diet and sleep posture suggested he take antacids for six weeks and urged him to keep his mind free and rest well.

Daaji conducted meditation for the group from 9 to 9.30 a.m., after which the team of doctors took leave. He rested most of the day. 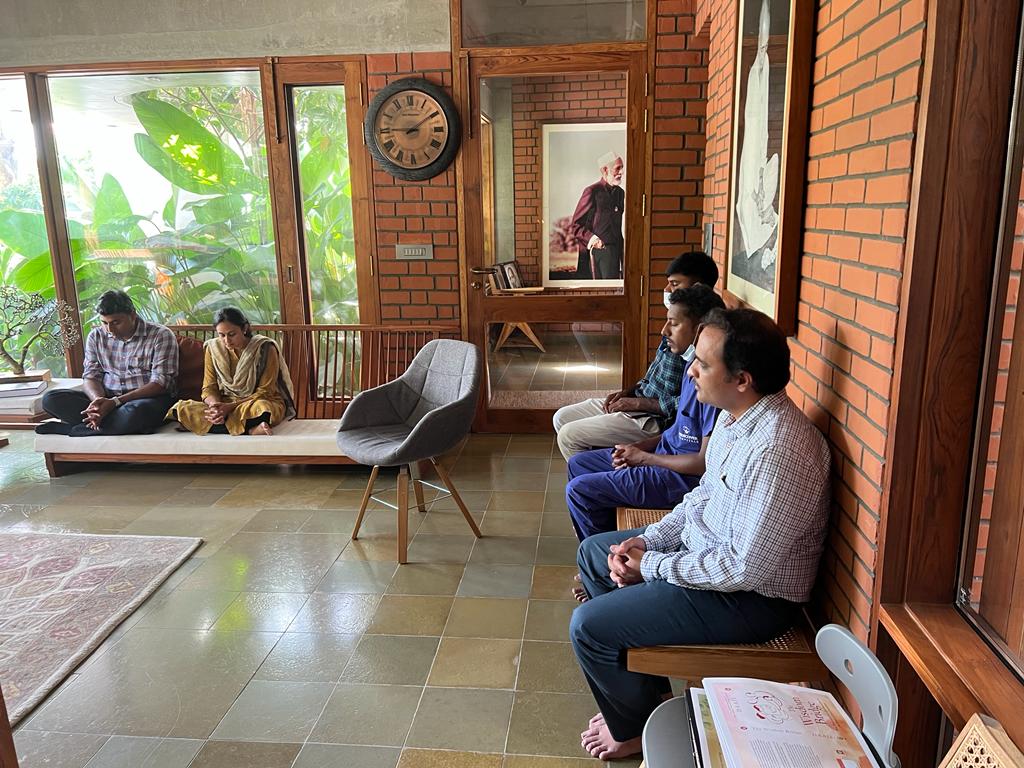 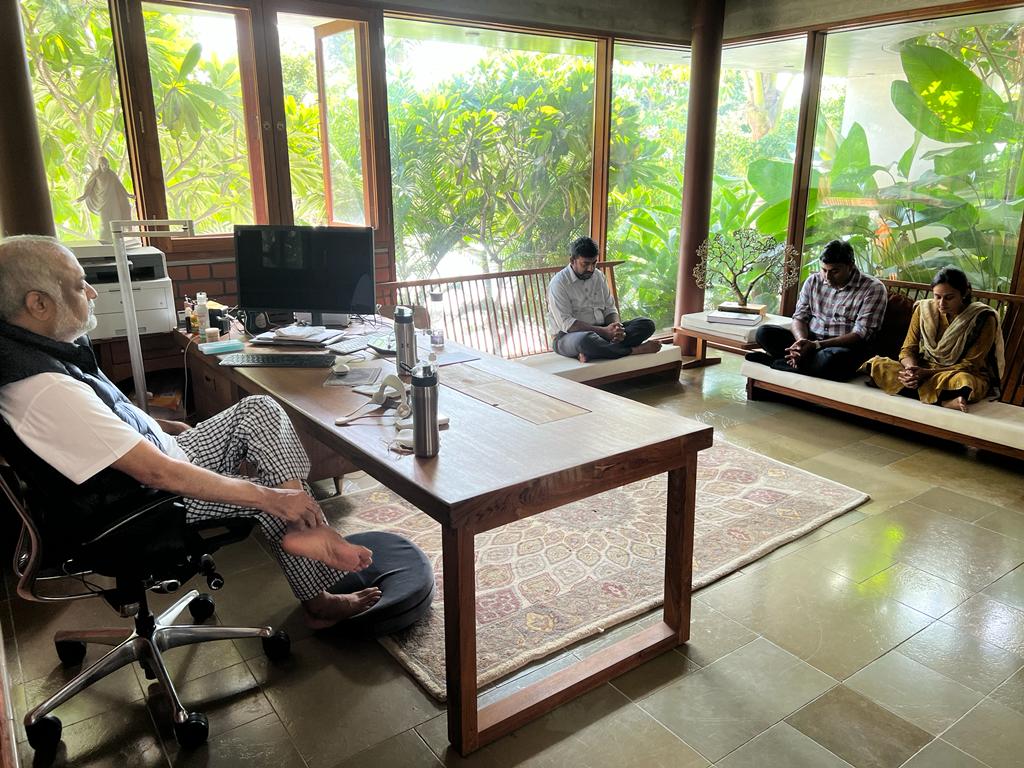 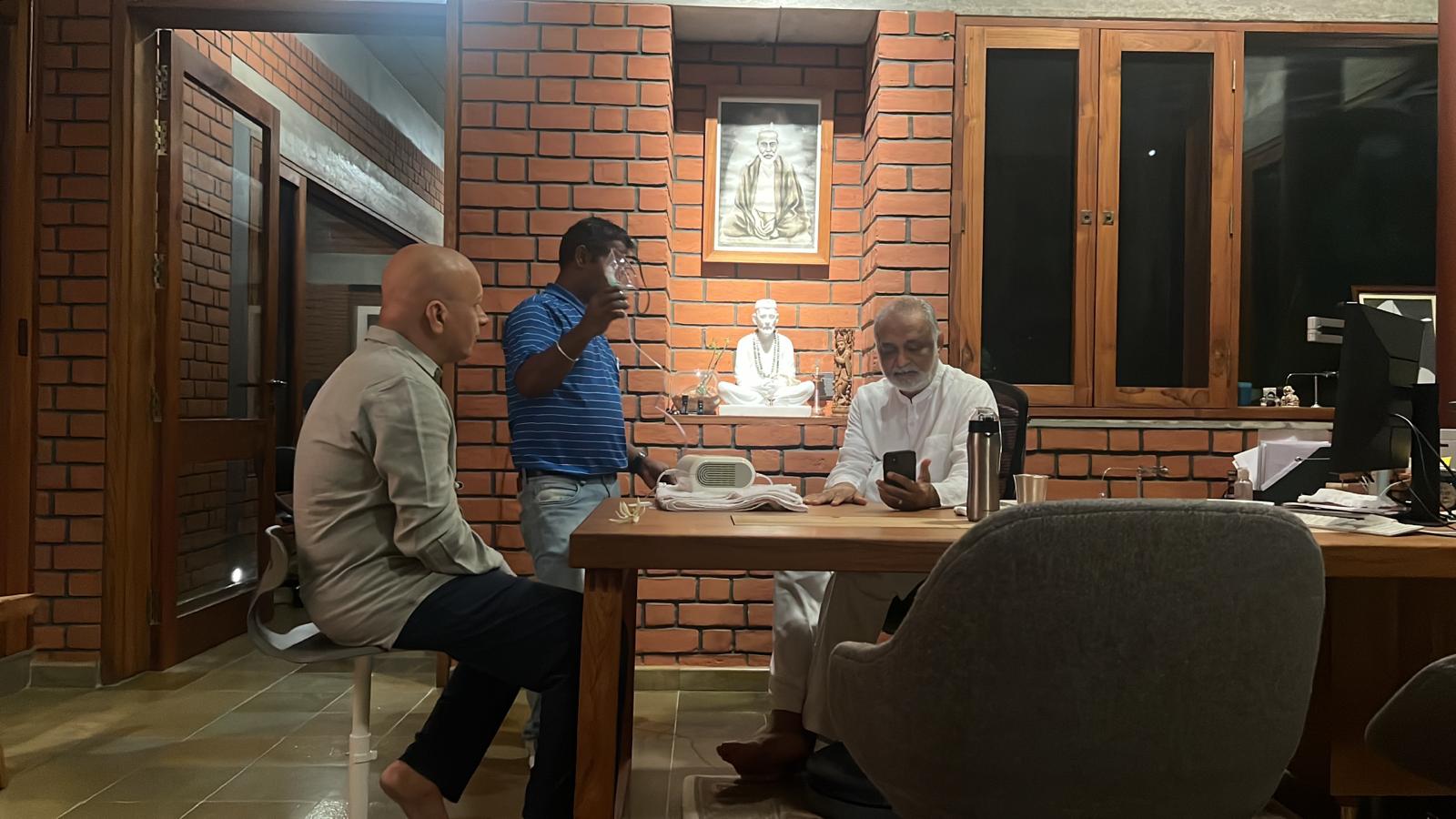 In the evening, he met a movie actor along with Pullela Gopichand in his house. Daaji conducted a short meditation session and then had a private meeting with one of the guests.

After dinner, Gopichand and the movie star took leave, and Daaji was joined by the world-renowned violinist, Kumaresh Rajagopalan. They discussed the interplay between music, peace, and calmness.

Kumaresh wanted to know what lies beyond silence. He elaborated that from silence emerge the saptaswara [the seven musical notes], which in turn produce music. That means silence is music. And if silence is music, there should be something beyond that further enhances the music.

The Sound of Silence

On the other hand, by listening to disco music, you lose not only your senses but also your willpower. I think that’s why they play such music in the first place, so that people lose their willpower, play games, and enjoy life the way they want.

Later, Daaji suggested that Kumaresh and his wife Jayanthi plan for a musical performance on the evening of 28 September 2022 at Kanha Shanti Vanam, as part of the Bhandara.