The day began very early, with Daaji calling for Sanjay Sehgal at 6.30 a.m. He was quite impressed with Joan Even’s recent presentation to preceptors on quotes and reflections on Lalaji’s works, and he proposed publishing a new book based on Lalaji’s writings and calling it The Secrets of Spirituality. He said he was inspired by the idea while reading Lalaji’s Truth Eternal for perhaps the 100th time, and he wanted Joan to work on the new book. He shared with Sanjay his idea of including quotes from Lalaji’s works in this book, followed by a detailed commentary on each quote.

Daaji arrived in the meditation hall of Kanha at around 7.30 a.m. to conduct the Sunday group meditation for all seekers. He was joined by a few students on the stage for their introductory meditation sessions. In addition, seekers from over 150 centers and subcenters in Karnataka joined the session via Zoom.

Daaji greeted everyone and conducted meditation for half an hour. He had a revelation from Babuji during meditation, which he shared afterwards with one of his associates:

What Lies Beyond Religion?

This is one of the rarest and best sittings so far. I am fully content with the work that happened. It was profound and intense. During the sitting, Babuji emphasized one thing: “Religion and culture are not two different things, but they are interdependent. Culture should take priority.

“Karnataka has a very special culture, and they should maintain that culture without inevitably mixing it with religion. Religion and culture are important, but we must be vigilant and flexible enough to embrace the futuristic and evolving patterns of culture and religion. We must go beyond religion, if possible, into spirituality.”

After meditation, he gave a short talk and answered questions from the Karnataka group:

It’s a very happy occasion. I really don’t have much to share, but before you all come to the Bhandara, kindly prepare yourselves.

So, start preparing. And to that effect, I would like to work with you all. I invite you all once again this coming Wednesday and Sunday to meditate with me over Zoom.

As he left the hall and was about to get into his car, he was met by a seeker and her young daughter. With tears in her eyes, the seeker conveyed that her mother had recently passed away.

Daaji replied, “I can understand. These are hard times.” He was deeply moved to see the little girl also in tears, and he assured them, “There will be pain for a few days. We shall all pray for her soul.” 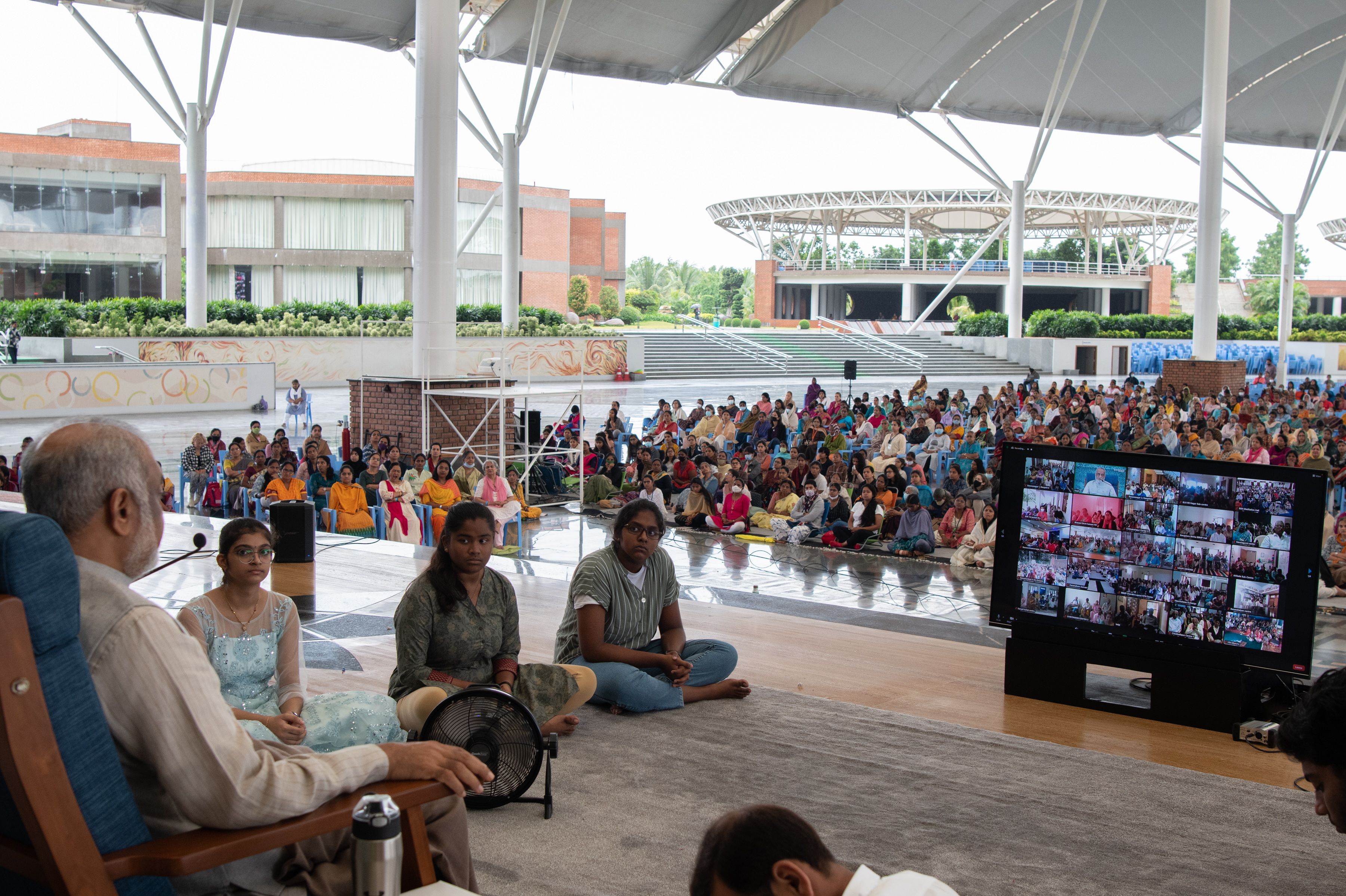 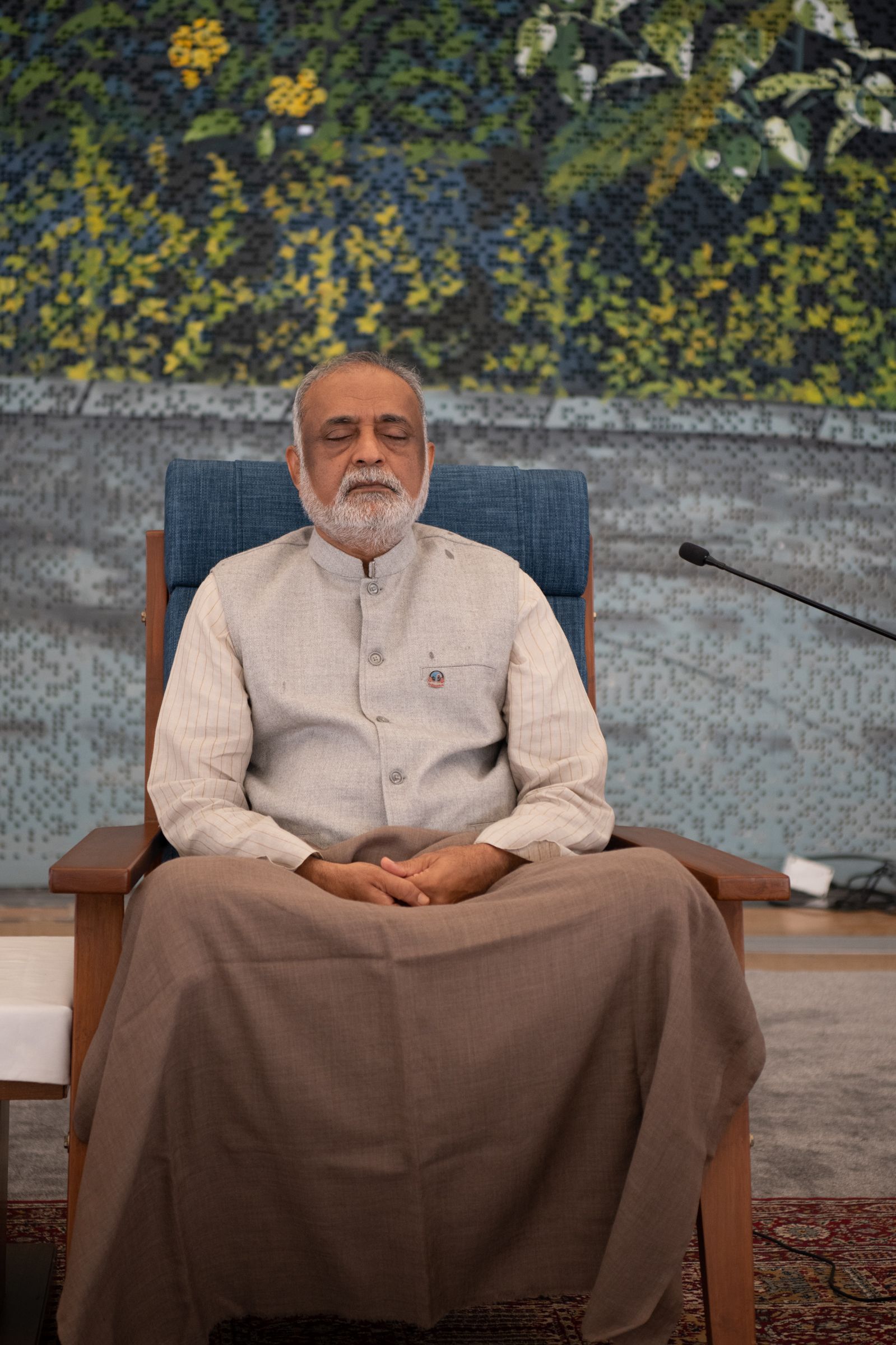 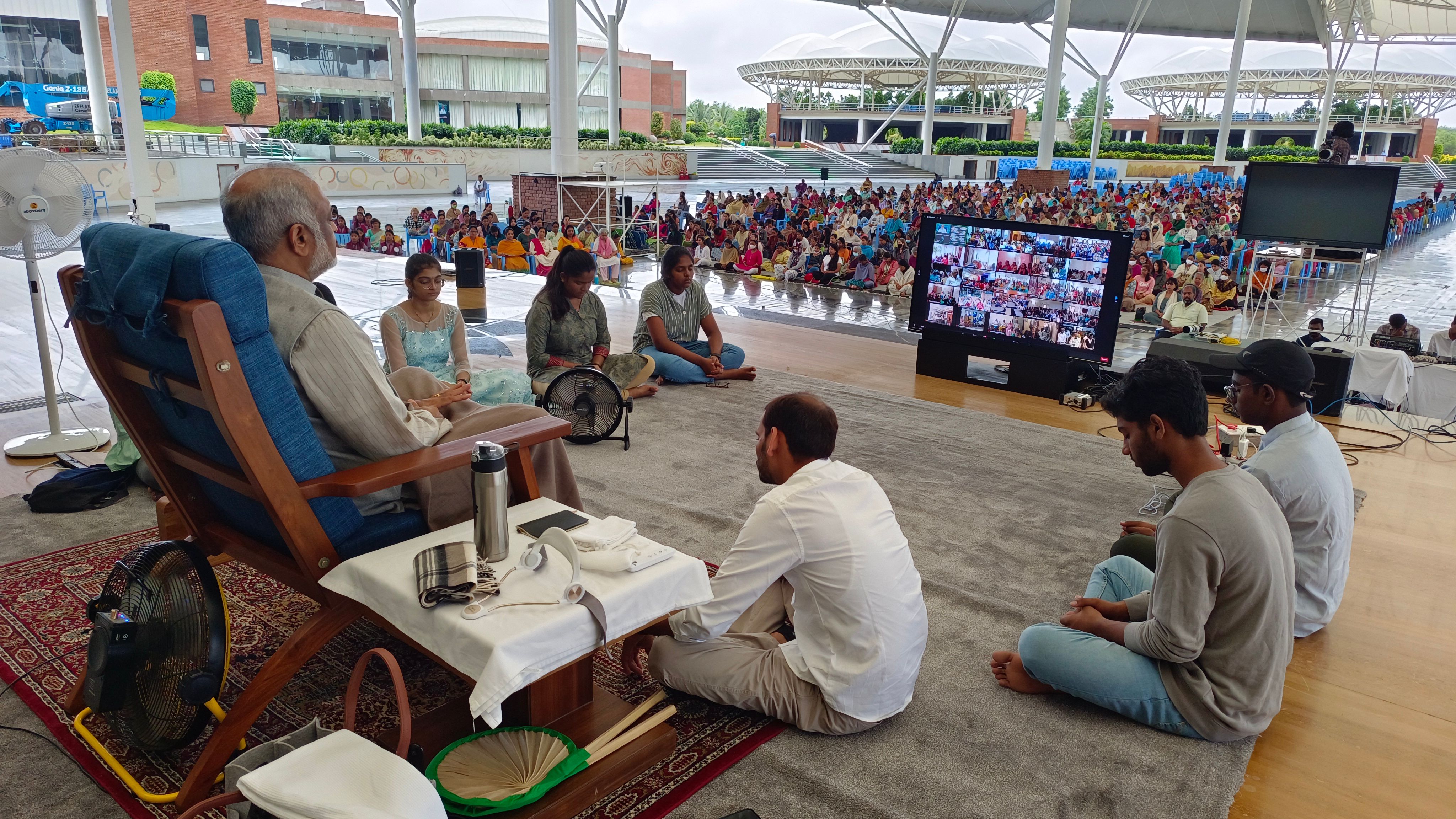 After breakfast, at around 9.15 a.m., he was relaxing on the swing in his house when a few seekers met him. Daaji asked them if they had breakfast. When they said they hadn’t, he directed one of his associates to get breakfast ready for them. He sat with them till about 10.15 a.m., listening to their journey of starting and experiencing Heartfulness.

It had been raining since morning. From his perch on the swing, Daaji spotted a person who worked as a gardener getting drenched in the rain. He called him and gave him a raincoat. The man was simply delighted with the gesture and gratefully accepted this little token of care and affection from the Master! 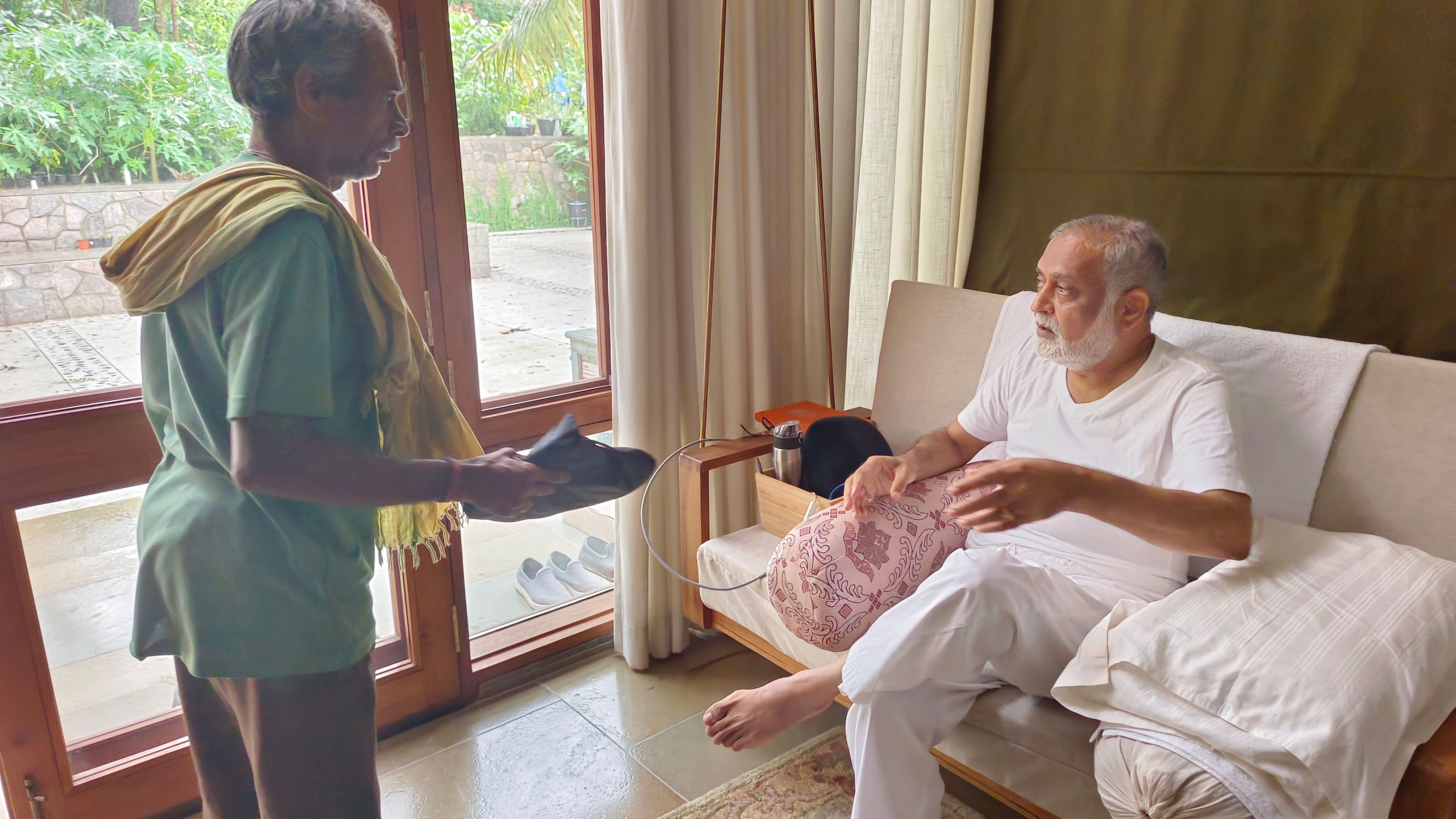 Soon, a seeker arrived to gain clarity on some work that he had been entrusted with. Daaji nudged him to seek guidance from within, saying, “Pray to Babuji, and he will guide you.”

In order to explain further this way of seeking inner guidance, Daaji gave an analogy:

The Art of Seeking Guidance from Within

Do you know the significance of visarjan [the act of immersing in water]? Why do they immerse the idols of Lord Ganesha and Goddess Kali in water after worshipping them for weeks together? I mean, they pour their hearts out in worship and then finally throw the idols into the water. What for?

Well, this act or ritual has great significance. It means, “Lord, I have imbibed your form inside. Now I’ll be guided from within, and I don’t need you outside.”

At around 10.30 a.m., Daaji had a physiotherapy session with Surekha Banda, during which he shared some new ideas regarding visiting and touring the Yatra Garden. He said, going forward, he would like every visitor to clean, meditate, and prepare themselves before entering the premises of the Yatra Garden. This would help them derive the maximum benefit from their tour of the spiritual chakras in the garden.

Daaji rested for a while after this.